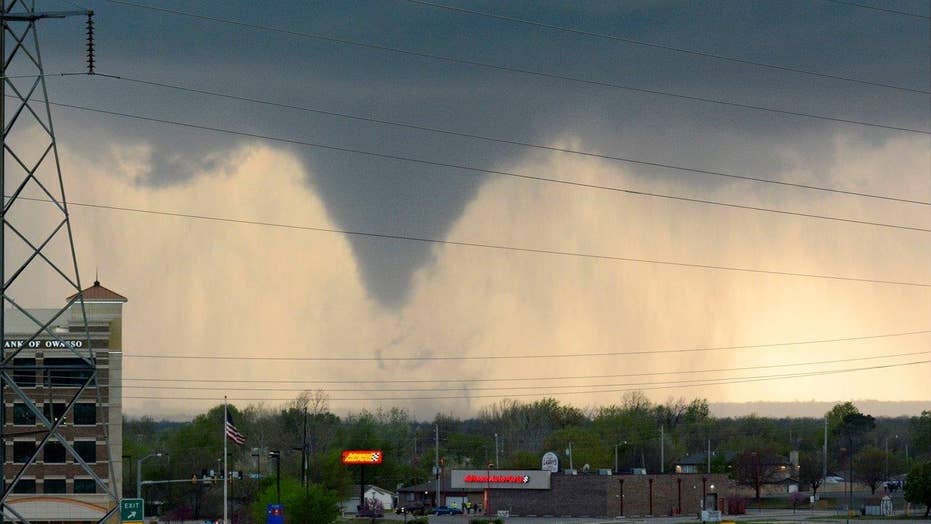 Forecasters warned people across the Deep South to prepare for another onslaught of severe weather Thursday, one day after a line of storms that triggered tornadoes left at least ten people hurt.

More than 8 million people will be at an "enhanced" risk of severe weather, according to the National Weather Service. The greatest threat of tornadoes and large hail will be in northern Mississippi and Alabama, along with parts of Tennessee, northwestern Georgia and southern Kentucky, forecasters say.

Heavy rain in the Mississippi Delta on Thursday caused widespread flooding and prompted some evacuations.

Mayor George Holland said he went into one flooded house and was standing in 10 inches of water.

Holland said most of those evacuated have returned to their homes to begin repairs or moved in with relatives.

The National Weather Service confirmed Thursday afternoon that two tornadoes touched down in southeast Louisiana, bringing down trees and power lines but causing no injuries.

Meteorologist Frank Rivette told the Associated Press an eastward-moving storm spawned two weak tornadoes, both rated EF-1, early Thursday. One hit east of Greensburg in St. Helena Parish; the other struck near the village of Tangipahoa in Tangipahoa Parish.

Rivette says showers remain in the forecast through Friday, keeping the area under a flash flood watch.

Wednesday's storms hit northeastern Oklahoma especially hard, knocking down trees and slamming into homes in the Tulsa and Owasso areas. At least one of the seven people hurt there was in critical condition, Emergency Medical Services Authority spokeswoman Kelli Bruer said.

Also, a suspected tornado hit the southeastern Arkansas town of Dermott wounding at least one person, according to officials there. The National Weather Service says heavy damage, including downed trees and power lines, was reported after severe weather swept through the town about 115 miles southeast of Little Rock late Wednesday.

Earlier in the day, an American Airlines flight traveling from Dallas to Memphis was forced to make an emergency landing in Little Rock because of the stormy weather. American Airlines says the plane landed safely, but two flight attendants suffered minor injuries and were taken to a Little Rock hospital.

Tulsa fire officials told Fox 23 News described at least one square mile of damage. They also said a gun club was leveled by the storms.