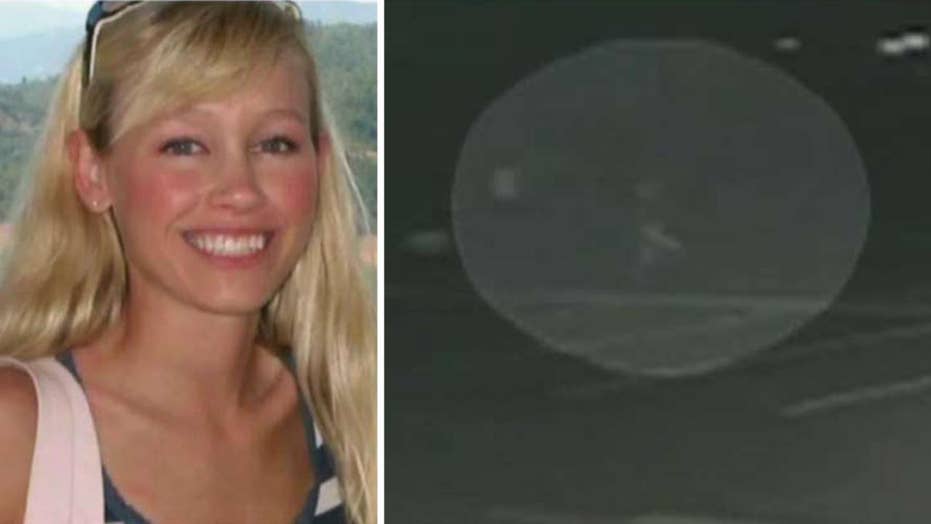 Police release surveillance video of Papini running through a parking lot on the morning she was found.

Investigators have released a surveillance video in the mysterious case of a young mother of two in Northern California who vanished for three weeks last year.

The video released by the Shasta County Sheriff’s Office on Tuesday showed the so-called “super mom” Sherri Papini, 34, walking across an empty parking lot at a Jehovah’s Witness hall in Woodland, California, according to Fox 40.

For a moment, she walked out of frame before she reappeared and bolted toward Interstate 5 in Yolo County at about 4 a.m. on Nov. 24, 2016, where she was able to get a passing driver’s attention, according to The New York Post.

Papini disappeared on November 2, 2016 while she was out for a run near her home.

The mother of two disappeared in Shasta County, about 215 miles north of San Francisco. Her phone, with headphones attached, was found alongside the rural road where she lived in the little community of Mountain Gate, north of Redding.

The FBI in October also released sketches of two women who Papini said abducted her.

The Shasta County sheriff’s department said in October that investigators collected male DNA from the clothing that she was wearing when she was found. Female DNA also was discovered on Papini’s body. The samples have not been identified.

The FBI has established a tip line at (916) 746-7000, and is offering a reward of up to $10,000 for information leading to the identification of Papini’s alleged captors.