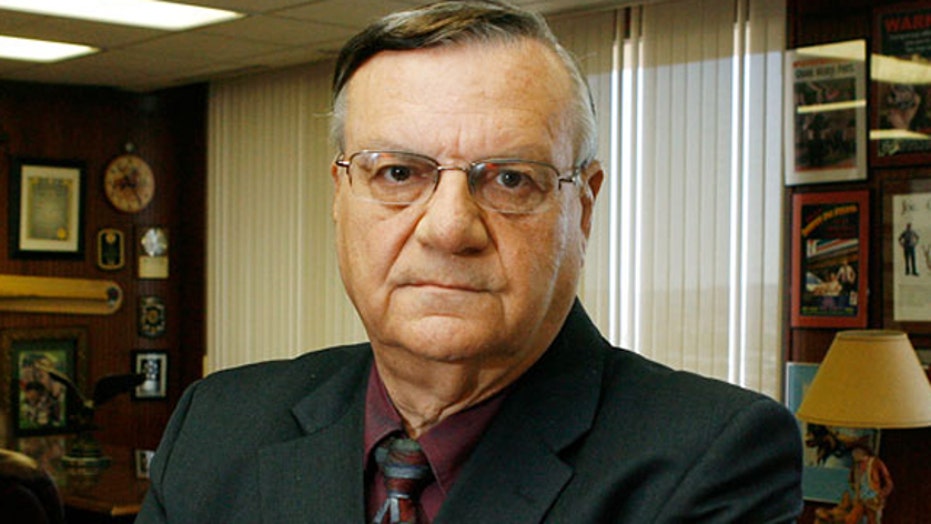 Controversial Sheriff Joe Arpaio unveils a new program to help incarcerated veterans get back on their feet.

Maricopa County Sheriff Joe Arpaio has introduced a new jail unit specifically for inmates who served in the military, joining eight other jail units under his jurisdiction in Phoenix, Arizona.

"They fought for our country. The least we can do is help them. When some came back, some had mental problems. We have drug prevention programs, alcoholism," said Arpaio.

Known to some as ‘America’s Toughest Sheriff," Joe Arpaio has drawn both intense praise and criticism. From male inmates in pink underwear to the world’s first ever-female chain gang, the sheriff makes no apologies for the way he runs his jail.

He hopes segregating the veterans will help keep them on the right track.

“I served in the military in the Korean War, so I have a bond with these guys. I want to see them succeed,” said Arpaio.

The cell blocks in the veterans’ unit are painted red, white and blue. Flags from all branches of the military hang from the ceiling, and military themes adorn the walls.

The unit is home to 250 veterans, the majority from Maricopa County’s Durango Jail, which houses over 2,200 general population male inmates.

Inmate Touche Jamar Pouncey is an Operation Desert Storm/Desert Shield veteran. He is currently in jail for probation violation, and admits transitioning back to civilian life was a challenge.

"I've seen decapitations, I've seen people burned up. I've seen a lot of things that affected my brain and why I do the things that I do now," Pouncey said.

Maricopa County Jail provides special services to the veteran inmates suffering from PTSD, such as psychological attention and job training.

Special treatment programs are not the only benefits. Inmates in the veterans’ unit do not see the gang wars that dominate the jail's general population.

"Where we've come from and what we've experienced throughout the military is camaraderie. It's deeper than what your race is. Being here is a blessing because we don't have to deal with the constant violence," said Pouncey.

Sheriff Joe says the program is still in the early stages, but he hopes it will keep these inmates on their feet upon release.

"Everyone says they want to help the veterans, but we're actually doing something about it. We're doing this so these guys don't end up begging on the streets or back in here,” said Arpaio.