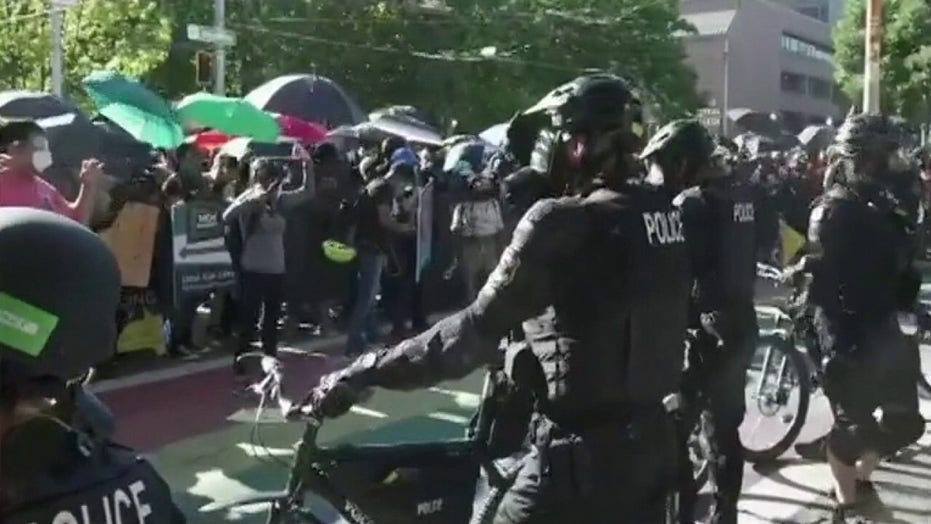 A Seattle police officer who was seriously injured during a riot sparked by protesters last weekend is now speaking out, saying she and her colleagues are “human beings... just like them.”

Officer Ellie Khalifé is gearing up for two months of recovery – including surgery and physical therapy – for a torn meniscus suffered in the clashes.

“I’m feeling hurt, physically and emotionally. I didn’t expect this to happen,” the 34-year-old told KOMO news. “We’re human beings, behind the badge, we are people just like them, we decided to do this for a living because, who else is going to do it.”

Smoke rises as police clash with protesters during a Black Lives Matter demonstration near the Seattle Police East Precinct headquarters on Saturday. (AP)

Khalifé, a three-year veteran of the Seattle Police Department, was hit in the leg with a rock and twisted her knee, according to KOMO News. She was one of 59 officers from the city who reportedly were injured Saturday.

“You could see the fireworks being thrown in our direction and you really have to move,” she added. “A rock’s coming, you dodge, you have to move. It’s a scene like no other, it’s surreal, it felt like I was in the middle of a movie.”

Khalifé’s family emigrated to the U.S. from Lebanon and she became a member of the Seattle Police Department after an internship, KOMO News reports.

Construction buildings burn near the King County Juvenile Detention Center on Saturday, shortly after a group of protesters left the area. (AP)

She supports peaceful protesters, the station also said, but is against those who are violent and want to hurt law enforcement.

“It just feels very unfair that people are hating Seattle police so much when we try so hard. We’re not perfect, but we try,” Khalifé told KOMO News. 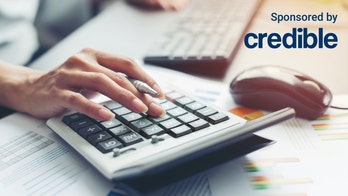