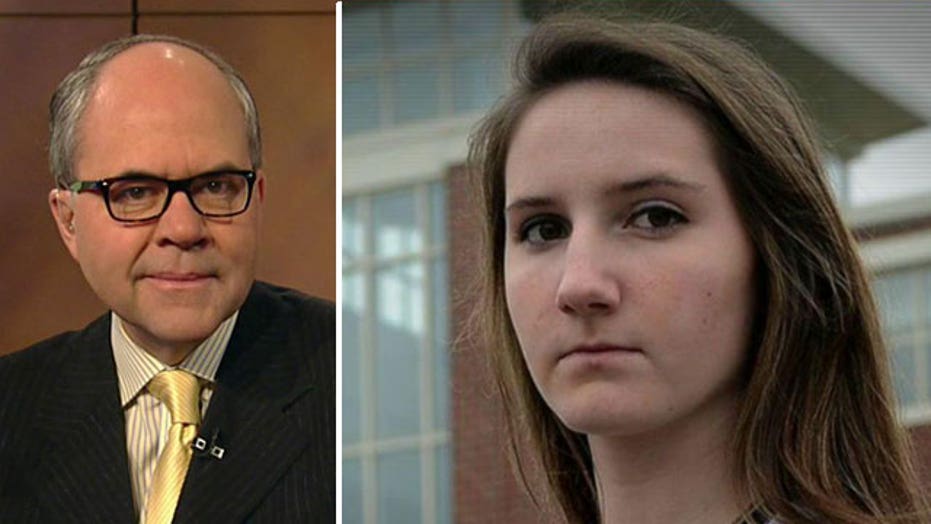 It was bad enough when a Massachusetts school threw the book at an honor student who tried to help a drunken friend get home from a party, but the district's lawyer made things even worse when he lied to a judge and claimed would-be designated driver Erin Cox was arrested, Cox's attorney charged.

The allegation leveled by lawyer Wendy Murphy is the latest development in a case that has already generated widespread outrage. Cox, 17, was suspended from the North Andover High School volleyball team for five games and demoted as captain, all for simply responding to a texted plea last month from a pal who was too drunk to drive home from a party. Minutes after Cox showed up, Boxford police arrived and shut it down. Some students were arrested, but most — including Cox — were given summonses for underage possession of alcohol. Police later backed Cox's version of events.

Murphy said the school district compounded its own injustice toward a kid when its attorney, Geoffrey Bok, said in court that Cox was arrested at the party. She was not.

“That a school would then lie to a judge in a court of law is an outrage and shows the length some school officials will go to to retaliate against a family that dares to challenge an irrational zero tolerance policy,” Murphy said in a statement.

“In fact, as the police officer at the scene reported in a statement that was provided to the principal and the judge, Erin was not arrested and did nothing wrong,” Murphy added. “He added that she had not been drinking, had no intention of drinking, was there to help a friend and did not have even the ‘slightest’ odor of alcohol on her person.”

Bok's claim, according to Murphy, came last week as she sued the district on behalf of the Cox family. Although that state court ruled it had no jurisdiction, Murphy vowed to pursue cases against both North Andover High School Principal Carla Scuzzarella and Bok in federal court.

Bok had no comment on the case, or even on Murphy's charge that he lied in court. Scuzzarella referred inquiries to North Andover Public Schools Superintendent Kevin Hutchinson, who defended the punishment in a statement to FoxNews.com.

"While some may decry the Administration’s actions as unfair or inconsistent with the principles of due process, our Administration wholeheartedly disagrees," the statement read. "To be clear, the Massachusetts Supreme Judicial Court has ruled that participation in interscholastic athletics is a privilege. Rather than simply revoking the privilege, our Administration has consistently afforded its student-athletes a reasonable opportunity to be heard before a disciplinary decision is made."

Since the story made national headlines, Cox has been lauded in many quarters for coming to the aid of a friend, and for trying to keep a drunk driver off the road.

"The story of Erin Cox, the Boston high school student suspended for being called in as a designated driver is unconscionable," former Florida congressman Allen West wrote on his website. "Sadly, it is indicative of the statist drive permeating our culture to negate individual initiative, personal responsibility, accountability, and acts of honor."

Oddly, not everyone is taking Cox's side in the dispute. Mothers Against Drunk Driving President Jan Withers told FoxNews.com the school was right to come down on the teen.

“Underage drinking is so very dangerous, that’s why MADD appreciates this school’s effort,” said Withers, who praised Cox's intentions but said she should have called an adult. “I’m not there and I don’t know all of the details, but indeed, their efforts to prevent underage drinking through zero tolerance are admirable."

Cox’s mother, Eleanor, sued the school district, but a judge ruled last week that the court did not have jurisdiction. Federal court is expected to be the family's next move.

“We want this nightmare to go away,” Eleanor Cox told FoxNews.com. “We have nothing else to say.”