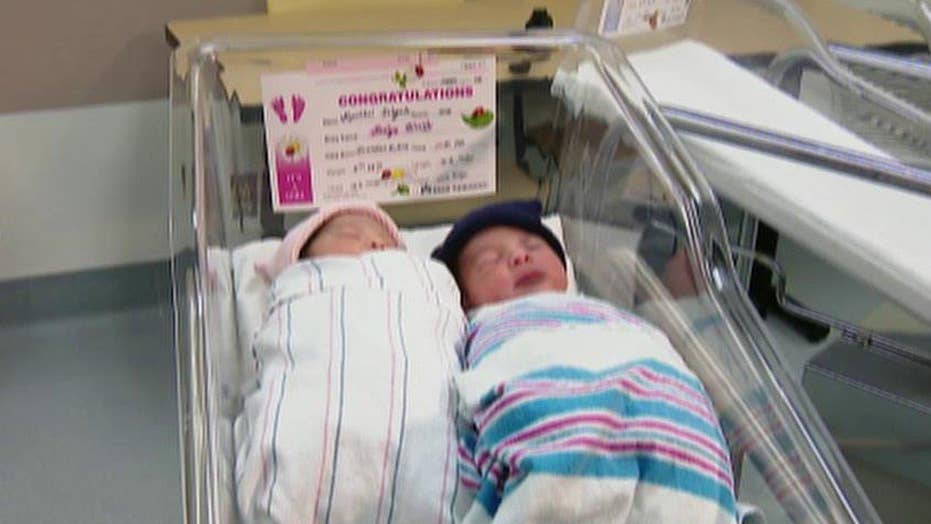 San Diego siblings born minutes apart, before and after midnight

Doctors at a San Diego hospital rang in the New Year delivering the last baby of 2015 and the first baby of 2016—who happened to be twins.

“It’s pretty much the best of both worlds,” Navy diesel mechanic Luis Valencia, the proud father, told the station. “So that means two birthday parties back-to-back.”

The infants were happy and healthy as was their mother following the delivery, a Kaiser spokeswoman told the station.

The couple, from National City, Calif., had plans to ring in the New Year in Los Angeles with their three-year-old daughter Isabella because the babies weren’t expected for another month.

Luis Valencia, told Fox 5 they were very happy to change their plans.