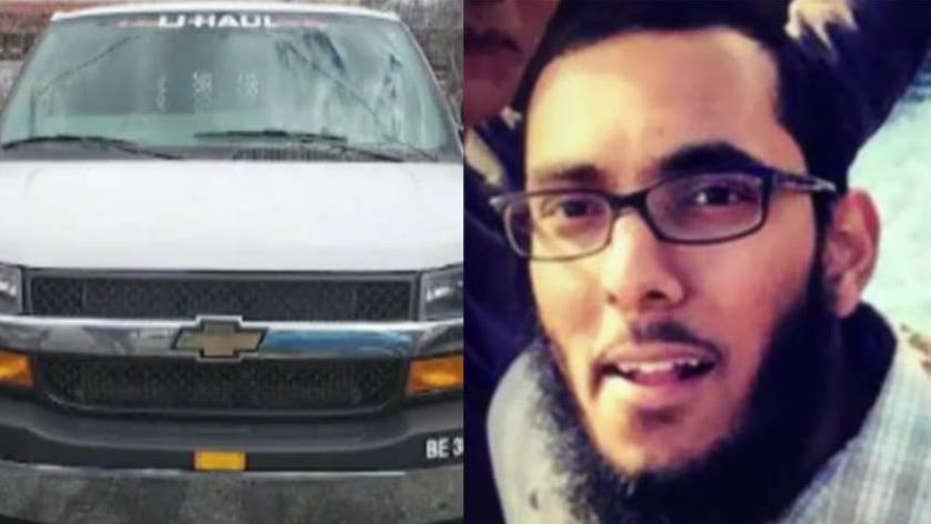 Suspect who plotted to run over crowd with a truck will not be released on bail.

The Maryland man accused of planning to drive a van into a popular tourist spot was ordered by a judge to be held without bond Tuesday after prosecutors claimed there was “no doubt” he would kill if released.

They said 28-year-old Rondell Henry planned to mow down innocent people using a U-Haul van at National Harbor in an ISIS-inspired attack similar to 2016 terrorist attack in Nice, France.

Federal prosecutors said that Henry felt his was a “noble cause” when he decided to steal a van and drive it to Dulles International Airport in Virginia on March 27.

Federal prosecutors said a man inspired by the Islamic State group stole a U-Haul truck with plans to drive it into a crowd at National Harbor, a convention and tourist destination just outside the nation's capital. (AP Photo/Jose Luis Magana, File)

Court documents revealed that Henry allegedly intruded onto a boat and hid overnight. By the following morning, March 28, police officers had discovered the location of the stolen U-Haul. When Henry jumped over the security fence from the boat dock, observant Prince George’s County Police officers arrested him.

U.S. Magistrate Judge Thomas DiGirolamo ruled in favor of federal prosecutors who argued that Henry might flee or be a risk to the community if freed.

Public defender Michael CiteraManis said there was reason to be "suspicious" of the government's story, and he believed his client's rights had been violated.

Henry was charged with driving a stolen vehicle across state lines, which carries up to 10 years in prison, but prosecutors were expected to seek additional charges.

Fox News’ Matt Richardson and The Associated Press contributed to this report.