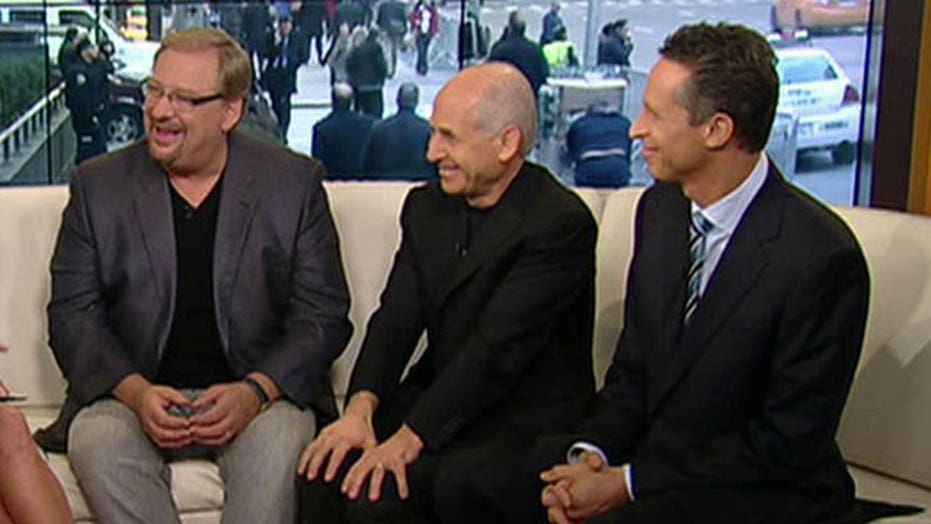 In his Easter sermon on Saturday, Pastor Rick Warren of Saddleback Church in Southern California stressed that God sent Jesus to show mercy to everybody, and shared three examples of how that applies to our lives.

Warren, a best-selling author, is delivering Easter sermons for all 57 services offered at 16 campuses, including 10 locations in Southern California, as well as international gatherings in Berlin, Hong Kong, Buenos Aires, and South Manila during the weekend.

In his sermon on Saturday, Warren said we need God's mercy when we've messed up, as his first example.

None of us is perfect, he told the congregation. "I don't measure up to my own standards, much less God's… Nobody is perfect," he said, and quoted James 3:2, "We all stumble in many ways," explaining that we stumble in our words, actions and emotions.

"How does God respond when we mess up? The answer is, He always responds with mercy," the pastor said.

He read John 8:2-11, which is about a woman who was caught in adultery and brought before Jesus by Pharisees, who said the law of Moses demands that she be stoned to death. But Jesus said if there's anyone who has never sinned may throw the first stone. And the people in the crowd left one by one.

The word "caught" is important here, Warren said, explaining that we can get caught in a wrong relationship or a secret habit or in a bad business deal or in a competition or in addiction. "Everybody has a secret sin… But God knows about it," he said.

Jesus protects the dignity of the woman publicly, and then deals with her sin in a one-on-one conversation with her, the pastor pointed out. "If we are Christians, we must deal with everyone with dignity," he said.

"Jesus didn't condemn her, but He didn't condone her… He changed her… That's what Jesus wants to do for you," Warren added. "God's mercy forgives and frees me from my past," he went on to say, and explained that forgiveness takes care of the past and freedom helps one do better in the future.

The megachurch pastor quoted Isaiah 61:1, "I was sent to announce freedom to all held captive and forgiveness to all who've been imprisoned." And John 12:47, "I have come to save the world and not to judge it."

At the end of the time, there will be judgment where every person will give account of their lives to God, Warren added. But it's for those who have rejected the mercy of God, and not those who've accepted it, he clarified.

Two, "I need God's mercy when I'm angry or frustrated or disappointed … or when I don't have what I need," Warren continued.