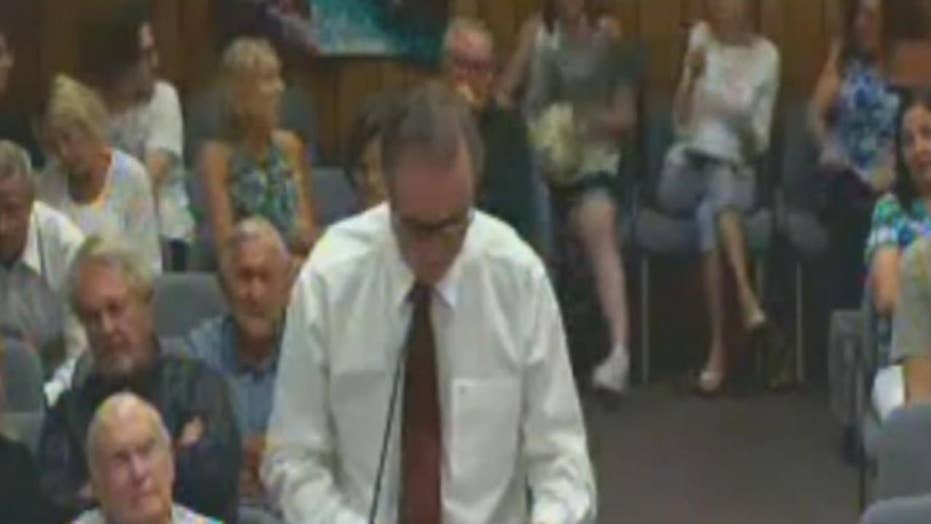 Sparks flew Tuesday night at a Nevada city council meeting, but it had nothing to do with what was being discussed.

In the midst of the Boulder City council meeting, a woman's purse erupted into flames and smoke billowed as it was perched on her lap, startling attendees, some of whom screamed and jumped.

The purse was tossed on the ground, singeing the carpet and leaving burn marks on the sidewalk outside, FOX 5 Las Vegas reported.

"I just knew something was wrong. I saw the smoke and said: 'That's not right,'" Boulder City Fire Chief Kevin Nicholson told FOX 5. "It was an exciting and unique evening."

Nicholson said the woman only suffered minor burns on her leg, and did not have to go to the hospital. After the purse was extinguished, the meeting was able to continue.

As to the cause of the incident, Nicholson said the woman's cell phone was fine, but a battery in her purse somehow malfunctioned and burst into flames.

The fire chief recommended that people should make sure they are following manufacturer's recommendations in storing batteries for devices.

"You do need to be careful what you do put in your purse, and I know a lot of people like to bring a lot of things with them," Nicholson said.