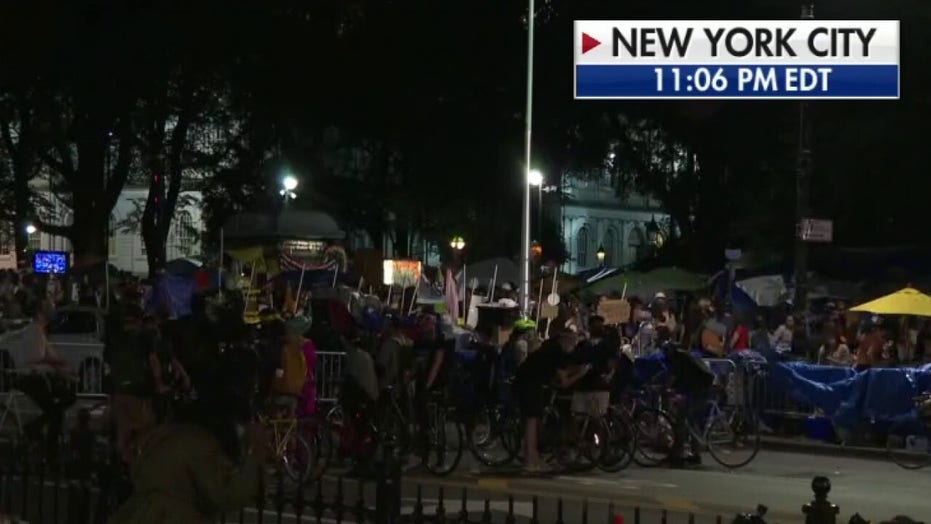 Demonstrators were seen earlier on Tuesday in tents prior to the City Council vote. The area has been described as New York City's version of an “autonomous zone.” Protesters have demanded the city “defund the police” -- a movement demonstrators have been calling for across the country, since the death of George Floyd in police custody in late May.

Those taking part in the “Occupy City Hall” protest were later seen watching a live-streamed broadcast of the vote, as they camped out in the area, according to photos taken on social media.

After the budget agreement, it appeared the protesters started to reinforce a series of barricades in the area.

Some were seen dancing to Whitney Houston's "I Wanna Dance With Somebody."

Many demonstrators say the budget changes weren't enough, and some plan on staying camped outside City Hall indefinitely.

“We are being gaslit," said activist Jawanza James Williams. “This movement is about so much more than the $1 billion, and this means they don’t understand what we’re saying.”