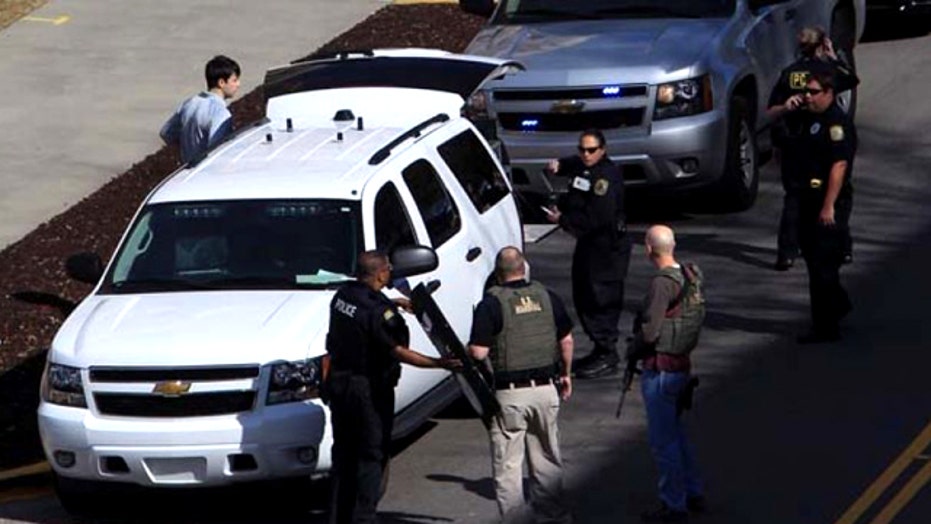 Murder-suicide on campus of University of South Carolina

COLUMBIA, S.C. – A professor who taught anatomy and physiology and was highly regarded by both his students and fellow faculty members was shot and killed by his ex-wife in an apparent murder-suicide at the University of South Carolina, a coroner said Friday.

Kwan then committed suicide with a gunshot to her stomach, the coroner said. A 9 mm pistol with an empty magazine was found near the bodies, State Law Enforcement Division spokesman Thom Berry said.

No one witnessed the shooting, which happened in a small laboratory and adjacent office, Berry said Friday.

Kwon, 46, and Fayad, 45, were divorced a few years ago, but continued to live together until they split up for good a few months ago, Watts said. Kwon was still living in the couple's home on Lake Murray in Lexington County, while Fayad had moved to a long-term hotel with a family member, according to the coroner.

Authorities have searched several different locations but found no notes or other writing to help them find a reason for the shooting, Berry said.

Fayad taught anatomy and physiology among other classes. He was interested in trying to find if there were any links between chronic digestive track inflammation and cancer, according to his university biography.

Professor J. Larry Durstine helped recruit Fayad to South Carolina from the University of Illinois at Chicago in 2008. He said Fayad was bright, caring and sympathetic toward colleagues and students.

Fayad was graduate director and head of the Applied Psychology Division at the school's Public Health Department. He got high marks from students on an Internet site that allows them to rate their professors.

Fayad decided to go into academics instead of becoming a practicing doctor after getting his medical degree in Syria, Durstine said. He liked to tinker around his house and was always in a good mood, even during their last phone call to discuss a faulty committee.

"I don't think I've seen him any other way," Durstine said.

The shooting was isolated to the campus office. Students and faculty learned about it from an emergency text alert from university officials saying shots were fired and they should stay inside. The university also interrupted programming on its cable system to warn students and others to stay inside.

On social media, students sent out pictures of classes continuing across the sprawling campus except for in the building where the shooting happened. At least one of them showed a table used to block a door.

University President Harris Pastides asked the school to honor Fayad with respect by showing someone they care. "Hold a Gamecock's hand today," Pastides wrote on Twitter.

School officials told professors not to penalize students who failed to show up for afternoon classes, even if they missed exams.