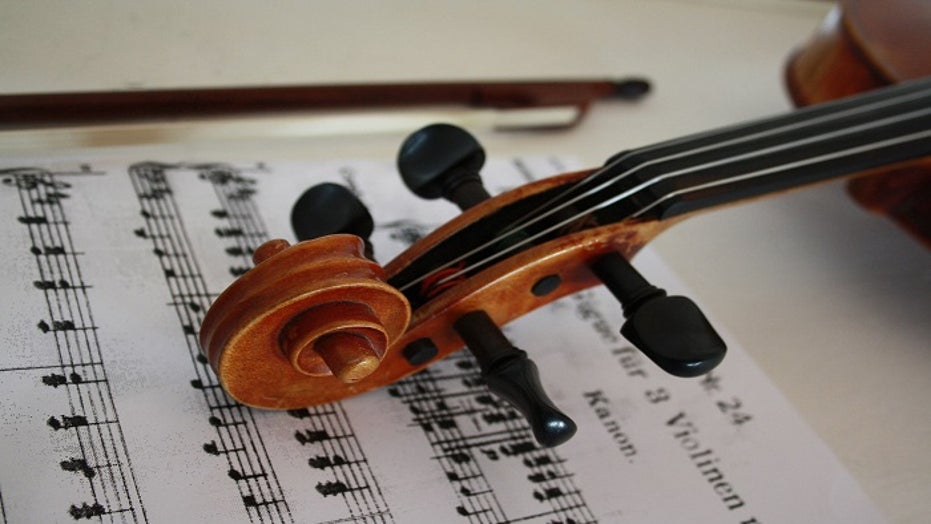 A music theory professor argued In an article published Saturday that referring to famous composers by only their last names is a form of White supremacy that needs to be remedied.

Chris White, who teachers at the University of Massachusetts Amherst, suggested that well-known composers like Bach, Mozart, and Beethoven, ought to be referred to by their full names so as to put them on an equal footing with lesser-known composers.

A violin placed over a piece of sheet music.  (anyquestions.govt.nz)

Writing in Slate, White noted how many people do not notice when “’traditional’ White male composers are introduced with only surnames,” while “everyone else” – i.e., “women and composers of color” – are referred to by their full name.

White pointed to a review of a recent Louisville Orchestra performance. The article praised the ensemble’s performance of a “Beethoven” composition, as well as a piece dedicated to Breonna Taylor, written by “Davóne Tines” and “Igee Dieudonné.”

Such two-tiered nomenclature, White argued, is indicative of “centuries of systematic prejudice, exclusion, sexism, and racism” within music.

“It’s time we paid attention to the inequity inherent in how we talk about composers, and it’s time for the divided naming convention to change,” White said.

White’s article comes amid a recent explosion in studies that apprently show male-centrism and White supremacy embedded in music theory.

In August, multiple faculty members at the University of North Texas College of Music drew outrage for pushing back against music theorist Philip Ewell, who discussed “music theory’s White racial frame” during a presentation last year.