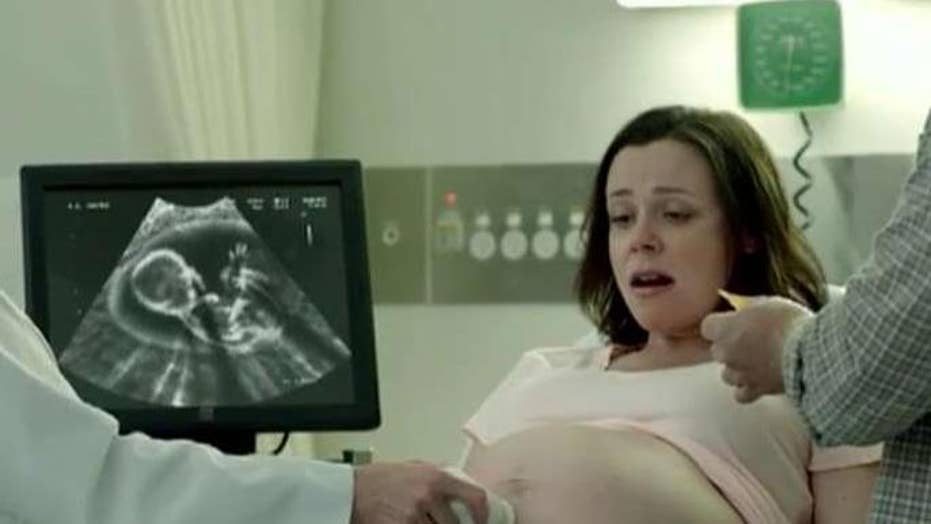 A pro-choice group kicked off a corn chip controversy Sunday night when it mocked a Doritos commercial as being “anti-choice” for using the “tactic of humanizing fetuses.”

Some viewers laughed, while others were a little put off by the “Ultrasound” ad, which showed a fictitious fetus kicking around  in the womb as its oblivious and expectant father munched on Doritos. But few took the advertisement as seriously as NARAL Pro-Choice America, which tweeted “#NotBuyingIt – that @Doritos ad using #antichoice tactic of humanizing fetuses & sexist tropes of dads as clueless & moms as uptight. #SB50.”

The tweet – part of a barrage criticizing various aspects of Super Bowl commercials seen as sexist or anti-choice – received 348 retweets and 325 favorites.

Many in the pro-life community took issue with NARAL’s framing of the commercial.

“If NARAL is scandalized by the notion that a human fetus is human, then they are scandalized by science,” Ashley McGuire, a senior fellow with The Catholic Association, said in a statement to FoxNews.com.

"Even if it’s a funny commercial to sell corn chips, it’s a political tact to them.”

“We know children in the womb have distinct and human DNA. We also know that they exhibit all sorts of human behaviors in the womb such as yawning, thumb-sucking, and even dancing thanks to tremendous advances in ultrasound technology.

"But groups like NARAL and Planned Parenthood rely on a denial of these scientific realities better suited to the Dark Ages to maintain their rabid insistence that those unborn babies are undeserving of basic human rights."

In the ad, the mom, a doctor and the father watch as the fetus moves to and fro in its mom’s tummy in an attempt to get closer to a chip wielded by the father.

When the exasperated mom flings the chip across the room, the baby follows – exiting the ultrasound frame and, apparently, the womb. The last bit is only intimated, as the camera pans to the horrified faces of the mom, dad and doctor as the Doritos logo flashes on the screen.

“I thought the ad was funny. It was a big hit at the Super Bowl party I was at, and I was surprised how NARAL reacted,” said Chris Gast, the director of communications for Right to Life Michigan.

“Having an ultrasound is a very common experience for parents around the country, and I don’t understand why NARAL finds a common everyday experience like having a baby to be a strong political statement.”