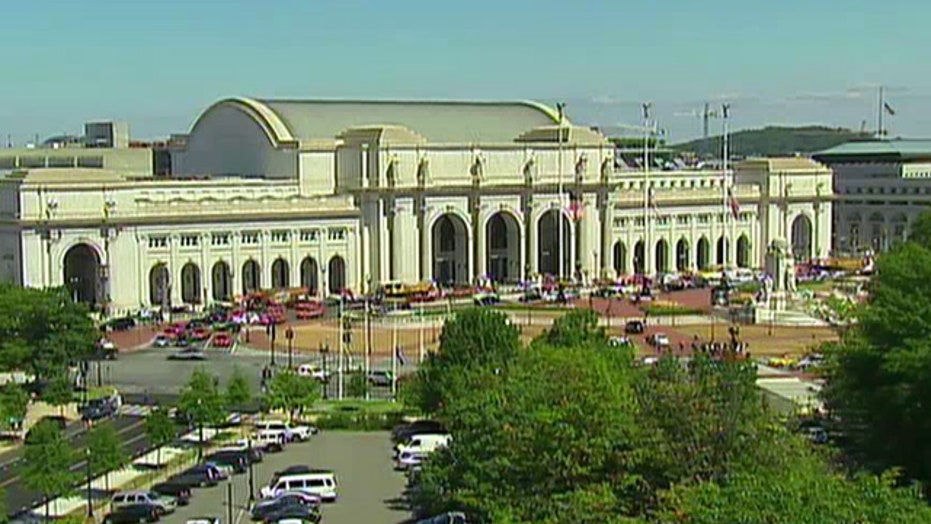 Security officers shot a man after he pulled out a knife Friday inside Union Station, near Capitol Hill in Washington, law enforcement sources told Fox News.

At least one person was stabbed in the incident, according to police, and the suspect was taken out on a stretcher with non-life-threatening injuries.

The shooting occurred just before 1 p.m. near the McDonald's restaurant close to the Amtrak gates. The man was shot when he refused to drop the knife, police said.

Authorities characterized the incident as domestic-related.