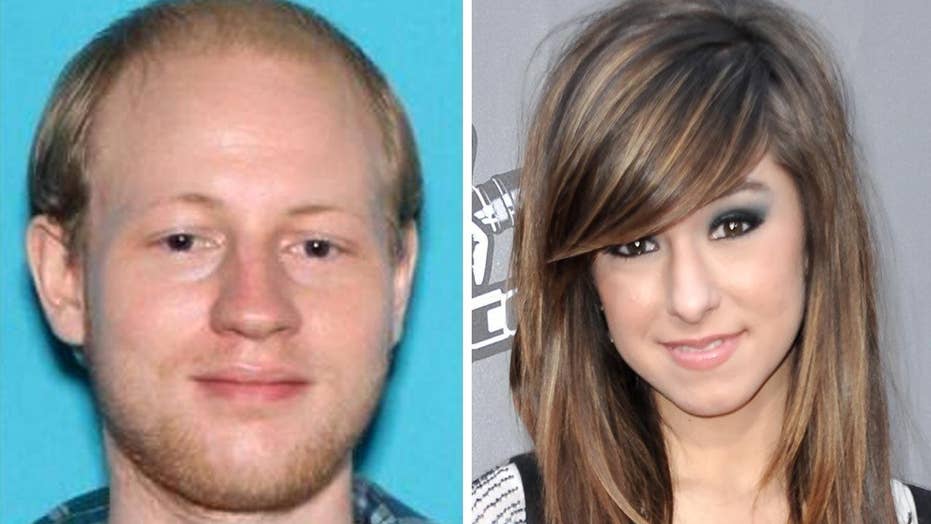 Orlando police were searching for a motive Saturday evening, hours after naming a 27-year-old Florida man as the killer of ‘Voice’ star singer Christina Grimmie.

Police said Kevin James Loibl of St. Petersburg shot and killed Grimmie following a Friday concert, and later turned the gun on himself.

Grimmie, a 22-year-old one-time contestant on the TV show "The Voice," was killed as she was signing autographs after a performance in Orlando at The Plaza Live.

Loibl fatally shot himself after Grimmie's brother tackled him, possibly preventing further injuries and deaths, authorities said. Grimmie was taken to a nearby hospital where she was pronounced dead early Saturday morning, her publicist said.

"She was doing a meet-and-greet, just signing autographs and selling merchandise. This white male approached her and opened fire, striking her," Mina said. "We believe he came here to commit this crime."

Police were searching Loibl’s cellphone and computer for a motive. Loibl traveled from another part of Florida to kill her, authorities said.

ORLANDO!! Come out to the show tonight at the Plaza Live! Starts at 7:30!😎 pic.twitter.com/0D4mNupCTi

At Loibl's home, someone had left a note on the front door, expressing the "deepest sorrow" for the loss "to the family, friends & fans of the very talented, loving Christina Grimmie." The note said there would be no other comment. No one answered the door to the one-story house that had a rusted, metal animal trap in the yard.

Mina said Loibl was armed with two handguns, a knife and extra bullets in two magazines, and was prepared to return home after shooting Grimmie.

There were unarmed security guards at The Plaza Live and they checked bags and purses for contraband, but there were no metal detectors or pat-downs of people as they entered The Plaza Live, he said.

"Very heroic actions by Marcus Grimmie to jump in and it definitely could have prevented further loss of life," the chief said.

A publicist, Heather Walsh, said in an email early Saturday that "we can confirm that Christina has passed and went home to be with the Lord."

Grimmie, a New Jersey native, finished third during season six of NBC's "The Voice" in 2014, competing on the team of Maroon 5 star Adam Levine. She began amassing a following on YouTube as a teenager, gripping online viewers with her powerful renditions of hit songs. Her videos on YouTube have garnered millions of views.

Police said in a news release that Grimmie had performed with the band Before You Exit. The concert ended around 10 p.m., and Grimmie was shot near a merchandise table near the exit in the rear of the venue.

We are heartbroken. @TheRealGrimmie is a loved member of our family. Our thoughts are with her and her family. #PrayForChristina

Haven't heard.. Just reading the same stuff y'all are at this point. Can't believe this.. https://t.co/CiSXc29MgC

About 120 people attended the concert, though only a handful remained when the shooting happened, police said.

Mina said the concert hall's security guards check bags and purses at the door but don't carry weapons or conduct pat-downs. There were no metal detectors and off-duty officers were not working the concert, he said.

Grimmie had posted a video of herself shortly before the concert was scheduled to begin, encouraging fans to come see her perform.

"Hey guys, what's up?" she said into the camera. She was bubbly and urged fans to stop by the show at The Plaza in Orlando. She closed with an excited "byee!"

Levine posted a photo of himself with Grimmie on Instagram, commenting before her death was confirmed: "I'm sad, shocked and confused. We love you so much Grimmie. We are all praying hard that you can pull through this ... this just isn't fair."

"The Voice" paid tribute to Grimmie on its official Twitter page: "There are no words. We lost a beautiful soul with an amazing voice."

A spokeswoman said all events at The Plaza Live had been suspended until further notice.