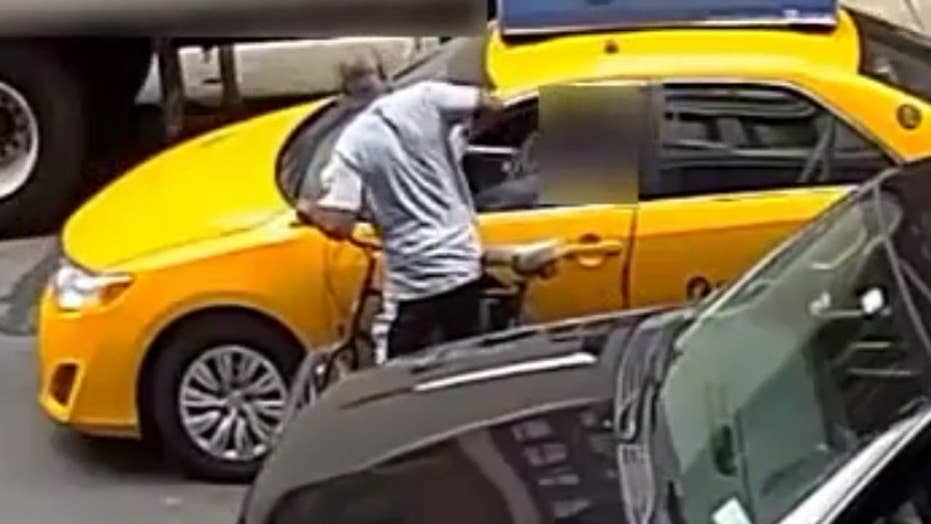 NEW YORK – Police in New York City are searching for a bicyclist who they say is targeting unsuspecting taxi drivers and robbing them.

WNBC-TV reports police released surveillance footage of the bike riding thief Tuesday. In the surveillance video, a man is seen approaching a cab stopped in traffic before grabbing money from the shirt pocket of a driver and fleeing on his bike. In another robbery, the suspect punches a cab driver before stealing $200.

Police say the man has robbed at least seven drivers in Manhattan since the end of June. They say the suspect has stolen more than $600 in cash.