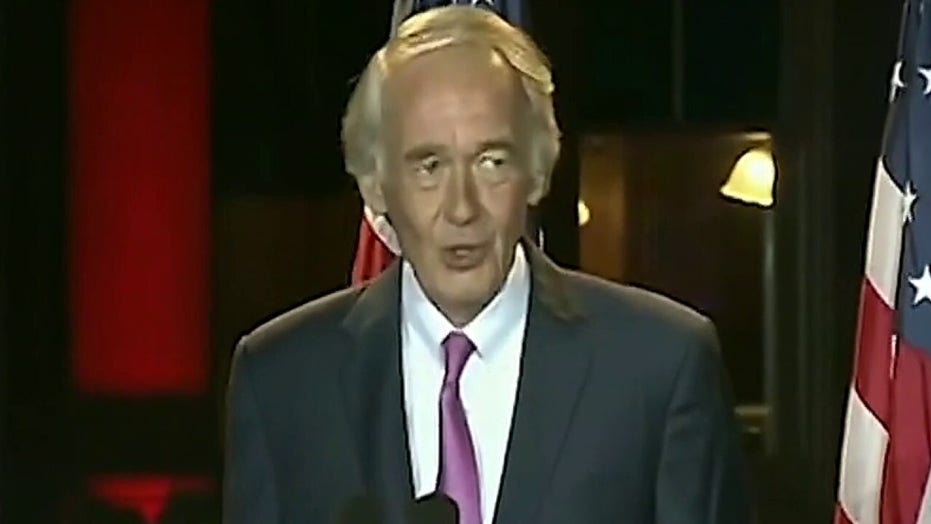 The head of the oldest police organization in Massachusetts is seeking the resignation of Sen. Ed Markey, D-Mass., following the progressive leader’s call to nationally disarm cops of “weapons of war.”

“I personally have been a supporter of yours for your entire career in Congress. I can no longer support you, and frankly, you should step down, as you are out of touch with the American people,” Massachusetts Police Association President James R. Guido wrote in a Sept. 18 letter to the senator.

“He’s made it personal,” Machado said.

Markey believes tear gas and rubber bullets shouldn’t be in the hands of police.

“Portland police routinely attack peaceful protestors with brute force,” the Massachusetts Democrat tweeted on Sept. 14. “We must disarm these officers, and every other police department in America, of weapons of war, and enact a nationwide ban on tear gas, rubber and plastic bullets, and bean bag rounds.”

His campaign said cops are missing the point of Markey’s position.

“It’s about removing weapons of war from our neighborhoods and communities,” Markey campaign manager John Walsh said in a statement.

He noted the Chemical Weapons Convention, signed by the U.S., bans the use of riot control agents – such as tear gas – in warfare.

Markey’s Republican challenger pounced on the controversy, marking him as the pro-police alternative.

“He wants to diminish officers. This was an intentional insult of our police forces. His objective is to diminish them, not only in size and ability to defend themselves but in terms of the stature they hold in our society. He does not respect law enforcement and he does not respect our cops,” Kevin O’Connor said.