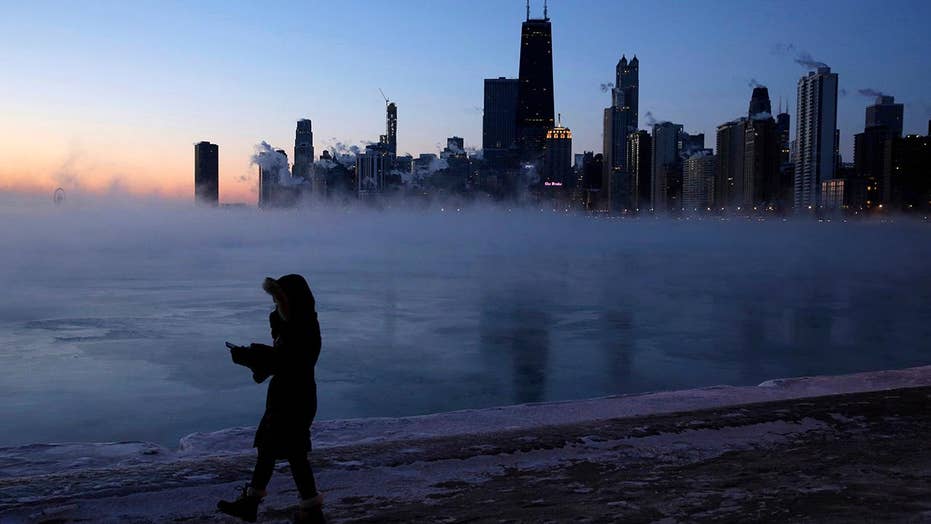 At least 21 people have died this week as a result of the intense polar vortex covered most of the Midwest and then made its way to the East Coast this week bringing subzero windchills and snow.

The National Weather Service says the temperature dropped to minus 33 in Illinois on Thursday, breaking the previous record of minus 27 set Jan. 16, 2009. Rockford hit minus 31 Thursday, beating the minus 27 recorded Jan. 10, 1982. And wind chills made it feel many degrees colder.

Two died in Illinois as a result of the storm activity and punishing temps, one after being struck by a snowplow and the other after falling down while trying to get in his home. A 38-year-old woman was found frozen in her unheated home in Milwaukee on Wednesday, the Milwaukee Journal Sentinel reported. The body of a man was also found frozen in his back yard in Cudahy, which is within Milwaukee County, the report said.

Authorities in Buffalo, New York, said two men died clearing snow and a third expired in Livingston County after his car hit a snowdrift early Thursday. A fourth death in New York may be attributed to the storm but officials are waiting for an autopsy report to confirm the cause of death.  Authorities say a homeless man was found frozen at a Buffalo bus shelter.

The other recorded deaths included a University of Iowa student found behind an academic hall several hours before dawn.

The polar vortex that brought many cities to a standstill is expected to come to a swift end with a rapid thaw that experts say could be unprecedented, with temperatures rising by as much as 80 degrees.