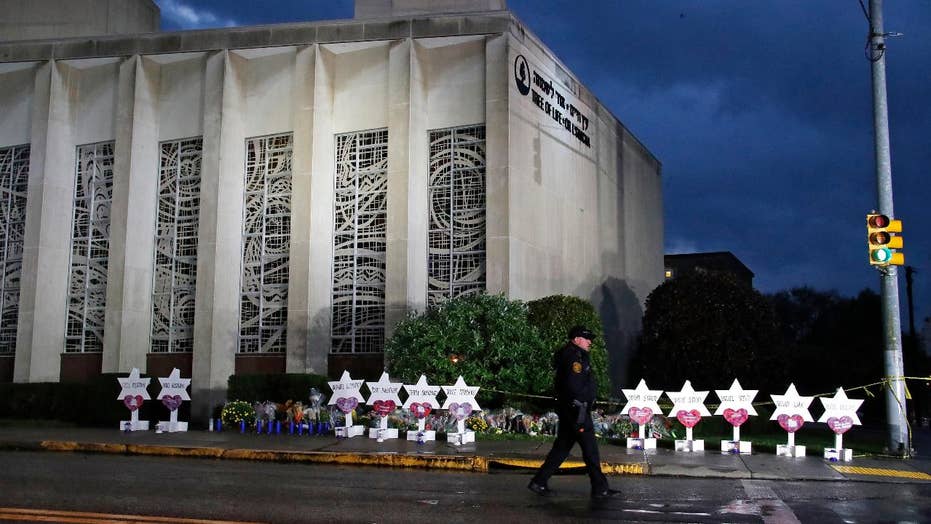 Pennsylvania Rep. Keith Rothfus weighs in on the response to the tragedy that has rocked a community and calls for unity across the country.

PITTSBURGH -- Jewish doctors and nurses at Allegheny General Hospital in Pittsburgh put their personal feelings aside to help save the life of the man who allegedly claimed he wanted to “kill all the Jews” as he opened fire at a synagogue and murdered 11 worshipers.

Robert Bowers, 46, was shot multiple times himself and taken to AGH. In addition to killing eight men and three women, he wounded six other people, including four police officers, before surrendering Saturday.

“He was taken to my hospital and he’s shouting, ‘I want to kill all the Jews’,” Dr. Jeffrey Cohen, president of Allegheny General Hospital and a member of the Tree of Life Synagogue, told ABC. “The first three people who took care of him were Jewish.”

Another nurse, whose father is a rabbi, “came in from a mass casualty drill and took care of this gentleman.”

Cohen was one of the first people on the scene. He lives in the neighborhood and heard gunfire from his house.

“I was standing there…and you could start hearing very quickly what was going on,” he said.

Just like the first responders who rushed into danger, Cohen credits his doctors, nurses and staff for stepping up.

Cohen says he and Bowers had a brief conversation at the hospital.

Cohen says Bowers then asked him who he was.

“I said I’m Dr. Cohen, president of the hospital. Then I turned around and left,” he said. “The FBI agent who was guarding him said, ‘I don’t know if I could have done that.’ And I said, ‘If you were in my shoes, I’m sure you could.’”

Bowers was discharged from the hospital Monday morning and arrived at the federal courthouse in downtown Pittsburgh around noon.

He faces 11 counts of criminal homicide, six counts of aggravated assault and 13 counts of ethnic intimidation in addition to federal counts that include weapons offenses and hate crime charges. Federal prosecutors are expected to seek the death penalty against him.