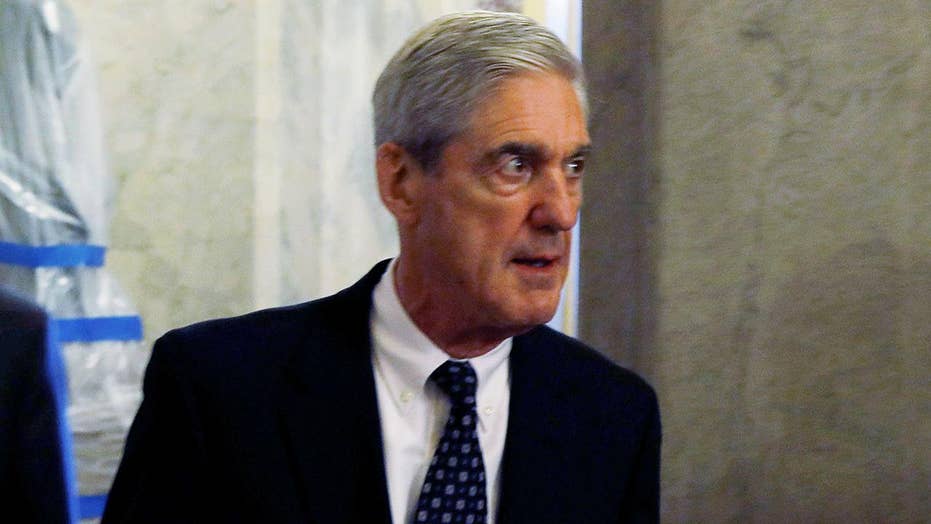 A bipartisan group of lawmakers proposed legislation that would ensure a special counsel can only be fired for good cause; reaction from Rep. Matt Gaetz, member of the House Judiciary Committee.

Pittsburgh Police Commander Victor Joseph sent out an email to officers Wednesday saying “there is a belief that President Trump will soon move to fire Special Prosecutor Mueller,” which “would result in a large protest within 24 hours of the firing.

“Based on this information, beginning tomorrow, April 19, 2018 all Major Crimes detectives are required to bring a full uniform and any issued protective equipment (riot gear) with them to work until further notice,” the message added.

Joseph said the protest could happen in the city’s Central Business District. It was not clear how Pittsburgh police reached their “belief” that Trump would fire Mueller soon.

The WTAE reporter who broke news of the email said she confirmed the order with Pittsburgh Mayor Bill Peduto. Peduto said the preparations were only precautionary.

“The Pittsburgh Bureau of Police receives information daily that we evaluate and prepare for if the event should occur. Events can include anything from extreme weather to potential demonstrations,” Pittsburgh Public Safety Director Wendell Hissrich told Fox News.

“Often the events we prepare for do not occur. However, through an abundance of caution, we attempt to adequately prepare for an appropriate response,” he continued. “We receive information regularly about potential events and/or threats, assess the credibility of the information and plan for a potential event. In this case, we have not assessed the credibility of the potential for disturbances, and we do not have any knowledge of the President’s decision-making process.”

The alarming message came just hours after Senate Majority Leader Mitch McConnell, R-Ky., told Fox News legislation designed to protect Mueller -- who is investigating alleged contacts between Russian officials and Trump's campaign -- from being dismissed by Trump was "not necessary" and would not be brought to the Senate floor.

"There’s no indication that Mueller’s going to be fired," McConnell told "Your World with Neil Cavuto." "I don't think the president's going to do that and just as a practical matter, even if we passed [the bill], why would he sign it?"

The Senate Judiciary Committee is scheduled to vote later this month on a measure that would enshrine in law Justice Department regulations saying a special counsel can only be fired for good cause and by a senior Justice Department official.

"I’m the one who decides what [legislation] we take to the floor," McConnell said. "That's my responsibility as the majority leader. We’ll not be having this on the floor of the Senate."

But despite Trump and McConnell's protests, liberal groups aren't the only ones riling up the base. Last week, House Minority Leader Nancy Pelosi, D-Calif., sent out an email titled “Mueller FIRED” that asked people to donate to the Democratic Congressional Campaign Committee amid speculations that Trump may ax Mueller in retaliation for the FBI raid on Trump's lawyer, Michael Cohen.

But as the actual fundraiser email text acknowledges, Mueller was not fired by Trump.

"I’m so furious I can barely write this email,” Pelosi wrote, according to The Washington Examiner. “President Trump is inches away from firing Robert Mueller and derailing the entire Russia investigation.”

The fundraising email was sent on Friday, just a day after Trump reiterated he isn’t going to fire the special counsel.