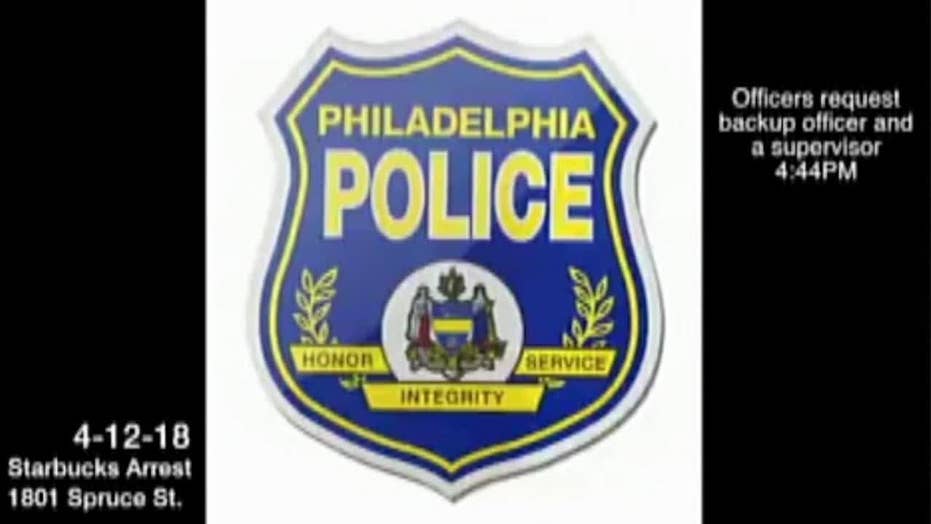 911 call and radio chatter surrounding the arrest of two men at a Philadelphia Starbucks.

The controversial arrests sparked outrage and protests in the city earlier this week.

The call to police was brief and a woman could be heard telling dispatch that there were “two gentlemen in my café that are refusing to make a purchase or leave.”

The caller said she was at Starbucks and provided the address before being told that police would be sent there as soon as possible.

A series of other communications seemingly between dispatch and responding officers followed the initial recording. At one point, someone referred to the situation as a “disturbance.”

Video of the arrests was shared on social media and shows several officers on scene while the individuals were handcuffed and escorted from the establishment. A man, who said he was meeting the two other men there, can be heard asking why they were being arrested and what they did wrong. That person called the incident “ridiculous.”

Philadelphia Police Commissioner Richard Ross on Saturday defended the actions of his officers who he maintained “did absolutely nothing wrong.”

In a Facebook video he posted, Ross said the department received a call that the men were “trespassing.” After officers arrived, he said an employee told them that the men came into the cafe and wanted to use the bathroom but were not allowed to do so because they hadn’t bought anything, which Ross said is against company policy.

He said the men were asked to leave three times but refused. They were arrested before ultimately being released by authorities, he said.

Starbucks apologized on Saturday for the incident. In a statement, the company’s CEO Kevin Johnson said that he wanted to personally apologize to the men, adding that the company “stands firmly against discrimination or racial profiling.” The Associated Press confirmed with Starbucks that Johnson and the two men met on Monday but no details were provided.

The outlet also confirmed with the company that the employee who placed the call to authorities no longer works at that location.

The chain announced Tuesday that more than 8,000 of its U.S. stores will close for several hours on May 29 to hold racial-bias training.