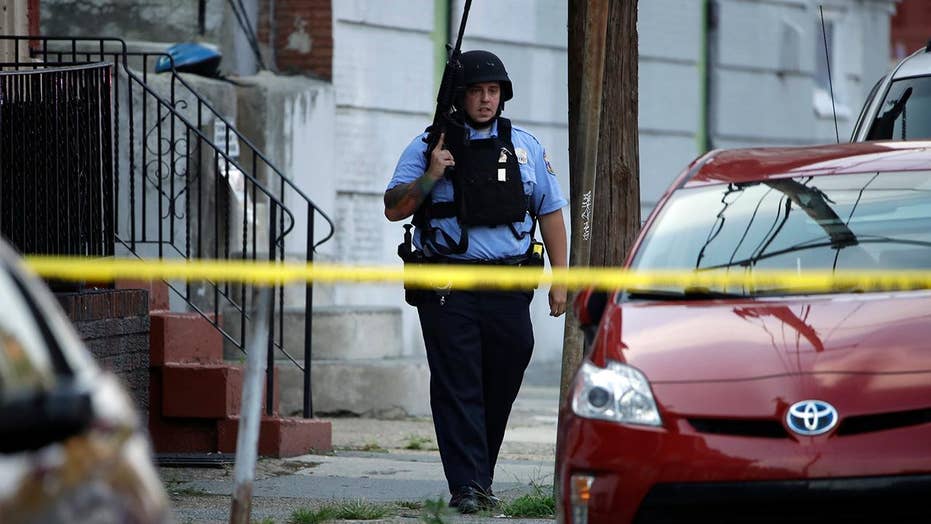 The Philadelphia man accused of shooting six police officers during a lengthy, chaotic standoff last week has spent time as a federal informant, providing information to the government “about a shooter that led to an arrest,” a report says, quoting one of his former attorneys.

Maurice Hill, who faces multiple counts of attempted murder, aggravated assault and other charges related to the Aug. 14 incident, is known to have a lengthy criminal record.

But during sentencing in one 2008 case – in which he entered a guilty plea for being a felon in possession of a firearm -- it was revealed he'd been a federal informant, according to documents obtained by the news website The Appeal.

Maurice Hill surrendered to authorities just after midnight after the shooting and hours-long standoff. (Philadelphia Police Department/Bill Trenwith via AP)

“He has testified before the Grand Jury on two occasions, was willing to testify at trial, and provided information about a shooter that led to an arrest,” Hill’s attorney Wayne Maynard reportedly wrote in a sentencing memorandum filed with the U.S. District Court for the Eastern District of Pennsylvania. “He has cooperated with the Government and provided information that has and will likely continue to imperil his safety and that of his family."

Hill was taken into custody last week again after allegedly shooting at six police officers with an AR-15 rifle while the cops were trying to serve a drug warrant.

Philadelphia District Attorney Larry Krasner said that, as part of the negotiations to try to get Hill to end the standoff and surrender, he agreed to a "phony baloney" request to lower Hill's likely time behind bars from 25 years to 20 years.

“We need to be clear here: This was bulls--- from the beginning,” Krasner told The Philadelphia Inquirer.

Krasner said Hill requested the agreement in writing, but, though the DA claimed to have started the paperwork, he said he never finished it. Krasner also said the suspect's lawyer was in on the mock agreement.