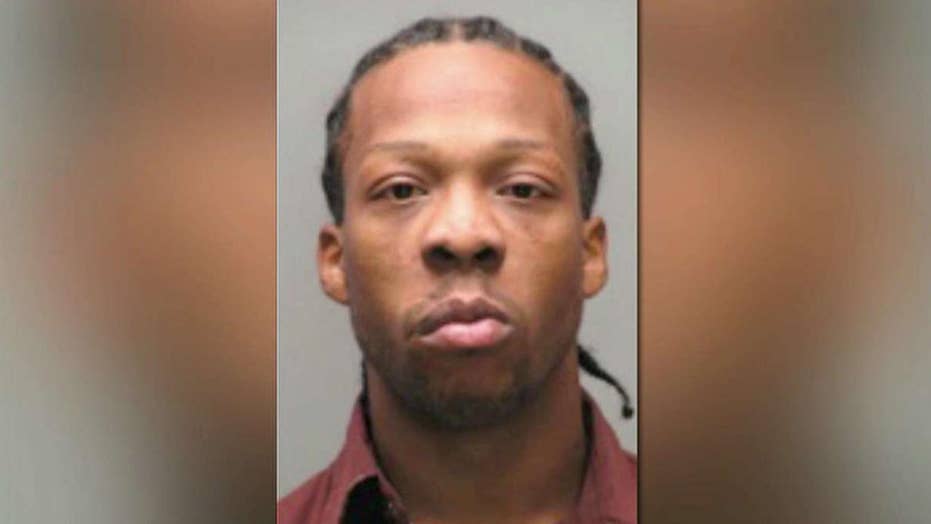 The man suspected of shooting and killing a Pennsylvania police officer was captured Tuesday, officials said, ending a days-long dragnet.

Rahmael Sal Holt, 29, surrendered to police about 5 a.m. Tuesday at a Hazelwood house in Pittsburgh after police received a tip he was there, officials said at a news conference. Police also arrested eight people, including Holt’s mother, on charges including hindering arrest. Authorities filed charges of first-degree murder and murder of a police officer against Holt on Saturday.

Holt is accused of killing New Kensington police officer Brian Shaw Friday night about 18 miles northeast of Pittsburgh. Shaw, 25, was conducting a traffic stop and attempted to pull over a Jeep Cherokee driven by Tavon Jamere Harper at 8 p.m., according to a complaint by Westmoreland County Detective Ray Dupilka.

Holt allegedly bolted and ran from the SUV as Harper fled the scene in the vehicle. Holt allegedly fired multiple shots at Shaw, striking the officer at least six times, including in the chest, during a chase on foot, officials said. Shaw was rushed to the hospital where he later died.

Shaw had pulled the SUV over for “something minor," District Attorney John Peck said. Officials said at the Tuesday news conference Shaw was wearing a bulletproof vest at the time and did not appear to have fired his gun.

Harper was arrested on Sunday after police tracked him down the day before with $2,500 cash and bags of suspected heroin, the criminal complaint stated. Drug charges were filed against Harper and he does not face any other charges in connection with Shaw’s death.

A reward for information leading to Holt's arrest topped $55,000 on Monday.

Shaw served as a part-time officer in three other towns before joining the New Kensington force full time in June.