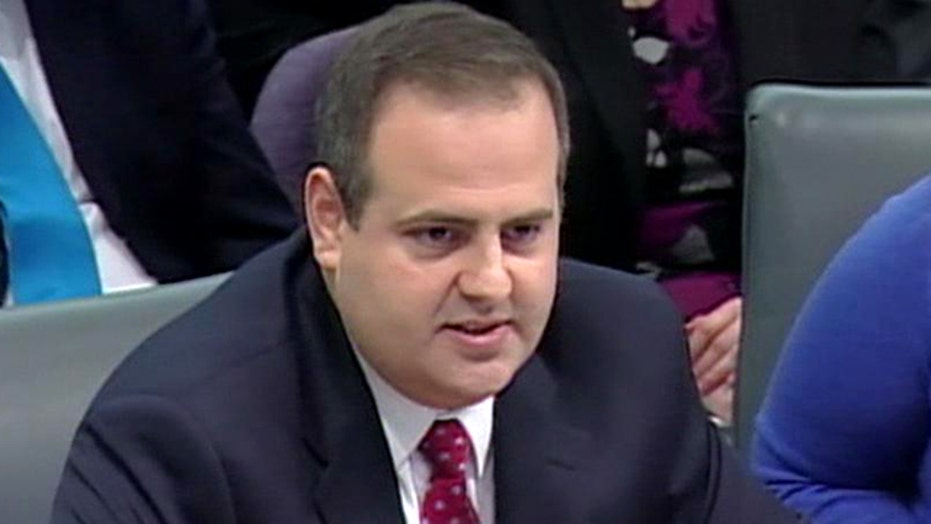 Father of Sandy Hook victim speaks out on gun violence

Mark Mattioli: 'The problem is a lack of civility'

Neil Heslin, whose 6-year-old son Jesse was one of the 20 first-graders killed in the Dec. 14 massacre, told a legislative subcommittee reviewing gun laws that there's no need for such weapons in homes or on the streets.

"I still can't see why any civilian, anybody in this room in fact, needs weapons of that sort. You're not going to use them for hunting, even for home protection," he said. "The sole purpose of those AR-15s or the AK-47 is put a lot of lead out on the battlefield quickly, and that's what they do. And that's what they did at Sandy Hook Elementary on the 14th"

A handful of people shouted back to Heslin about their Second Amendment rights.

Hundreds of people, including numerous gun rights advocates, turned out for the daylong public hearing, with 1,300 signing up to speak, according to one lawmaker. Some waited about two hours to get into the Legislative Office Building because they first had to pass through metal detectors installed at the building's entrance, a rare occurrence at Connecticut's legislative complex.

Monday's hearing was the second of four public hearings held by the General Assembly's task force on gun violence and school safety, created in the wake of the shooting at Sandy Hook Elementary School to come up with a legislative response.

The subcommittees have until Feb. 15 to forward their recommendations to legislative leaders for possible law changes.

Mark Mattioli, whose 6-year-old son James was killed at Sandy Hook, said there are more than enough gun laws on the books, but they are not being properly enforced.

But Mattioli said the shooting, which also left six educators dead, is the symptom of a bigger problem facing the nation.

The state's gun manufacturers on Monday urged the subcommittee to not support legislation that could put the state's historic gun manufacturing industry at risk, despite being the site of such a heart-breaking school massacre.

"We have a reason to consider the ramifications on the firearms industry that has contributed much to the state's history and culture and continues to play a vital role," said Dennis Veilleux, president and CEO of Colt Manufacturing, which employs about 670 people in West Hartford.