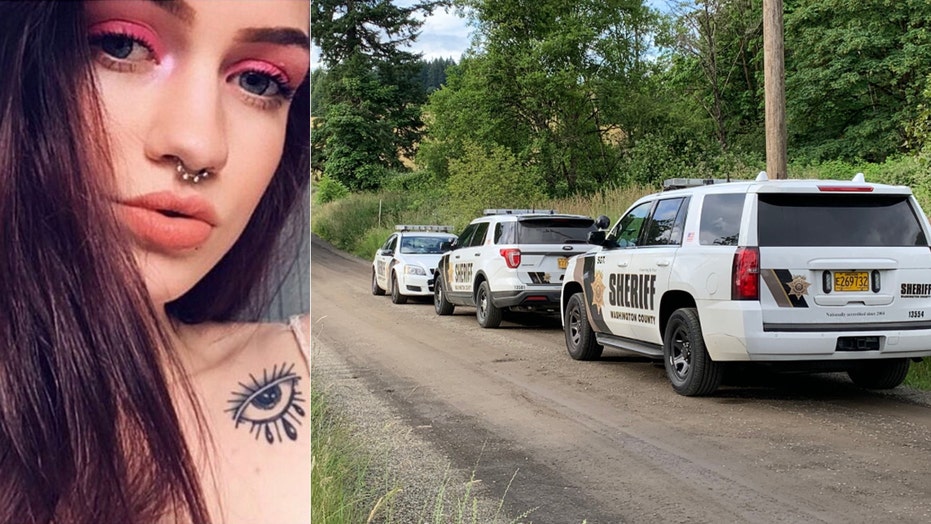 A property owner made a grim discovery on Saturday, finding human remains believed to be those of an Oregon woman who was reported missing in December, according to officials.

The Washington County Sheriff's Office said in a news release that deputies were called to investigate the discovery just before 5 p.m. to a property on Northwest Corey Road in North Plains, located about 23 miles west of Portland.

"Based on the location of the remains and evidence found at the scene, detectives suspect the remains are those of Allyson Watterson," the sheriff's office said.

SEARCH FOR OREGON WOMAN, 20, SUSPENDED AFTER VOLUNTEERS SCOUR THOUSANDS OF ACRES TO NO AVAIL

Watterson, 20, was reported missing on Dec. 22, roughly 30 hours after she was last seen in a wooded area near North Plains with her boyfriend, 21-year-old Benjamin Hunter Garland, according to the sheriff's office. Her family hadn't heard from her since Dec. 20.

The 20-year-old wasn't reported missing until a day later by Garland.

The grim discovery on Saturday was made in the same rural area where some of Watterson’s belongings were found earlier this year.

In March, deputies said some of her belongings were found in an open field by a real estate agent showing a house, FOX12 reported at the time.

Officials had originally said the couple had been hiking, but Watterson’s mother later said the pair were visiting friends in the area and the boyfriend’s truck broke down. Watterson's mother said when they went looking for help, the couple got separated and Watterson went missing, according to FOX12.

Humain believes believed to be Allyson Watterson were discovered in a rural area of North Plains, Ore. on Saturday, according to Washington County Sheriff’s Office. (KPTV)

Deputies later said they recovered a stolen truck in the area, and they arrested Garland on charges related to that truck, as well as other unrelated outstanding warrants.

In April, Garland was sentenced to three years in prison after pleading guilty in connection with three separate cases, FOX12 reported.

The 21-year-old has not been named a suspect in the disappearance of Watterson.

Benjamin Hunter Garland was arrested the day after the disappearance of his girlfriend Allyson Joy Watterson. Authorities said the charges are unrelated to her missing. (Washington County Sheriff's Office)

The sheriff's office said Saturday that Watterson's family has been notified of the discovery of the human remains and are asking for privacy.

The Washington County Medical Examiner’s Office is working to identify the remains, according to officials.

Investigators will be back out on Sunday as part of the ongoing investigation of the area, according to the sheriff's office.

Fox News' Lucia I. Suarez Sang and Nicole Darrah contributed to this report.