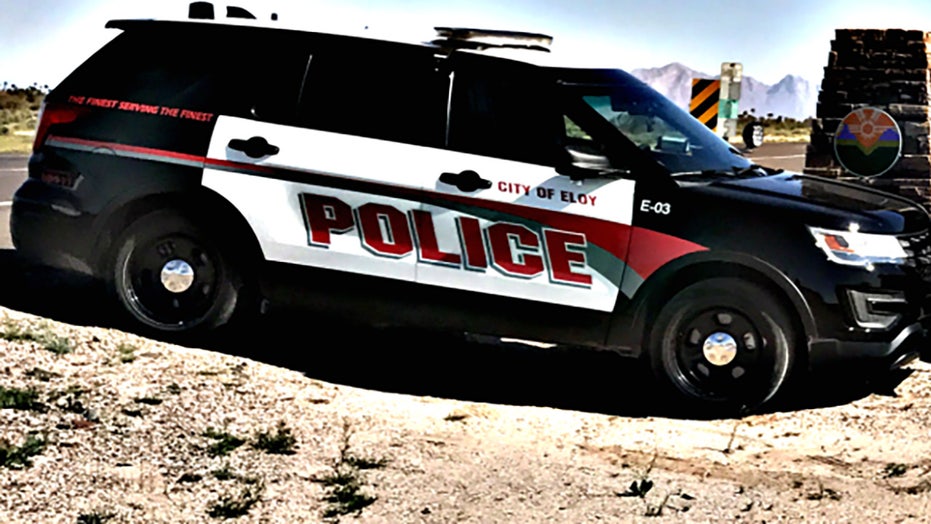 An Oklahoma man was arrested Monday after police pulled over the 70-year-old driver in Arizona with his dead wife buckled in the passenger seat, authorities said.

Rodney Puckett was stopped for a traffic violation along Interstate 10 in Eloy, located about 65 miles southeast of Phoenix when the detective noticed a dead woman sitting in the seat next to him, Eloy police said in a news release.

Police identified the woman as Puckett’s wife, 74-year-old Linda Puckett. The Oklahoma native explained to detectives that Linda had died at a hotel in Texas in the middle of their trip, police said.

"He moved her body into their vehicle, continuing towards their destination,'' police said.

An investigation was taking place to determine whether Linda Puckett's death was the result of a homicide, police said. (Eloy Police Department)

It wasn’t immediately clear how long Puckett had been traveling with his dead wife. The statement didn't specify Puckett's intended destination.

Linda Puckett’s body was turned over to the Pinal County Medical Examiner’s Office. Officials were working to determine whether her death was a homicide, the statement said.

Puckett was being held at the Pinal County Jail on a charge of abandonment or concealment of a body. Police said he could face additional charges.