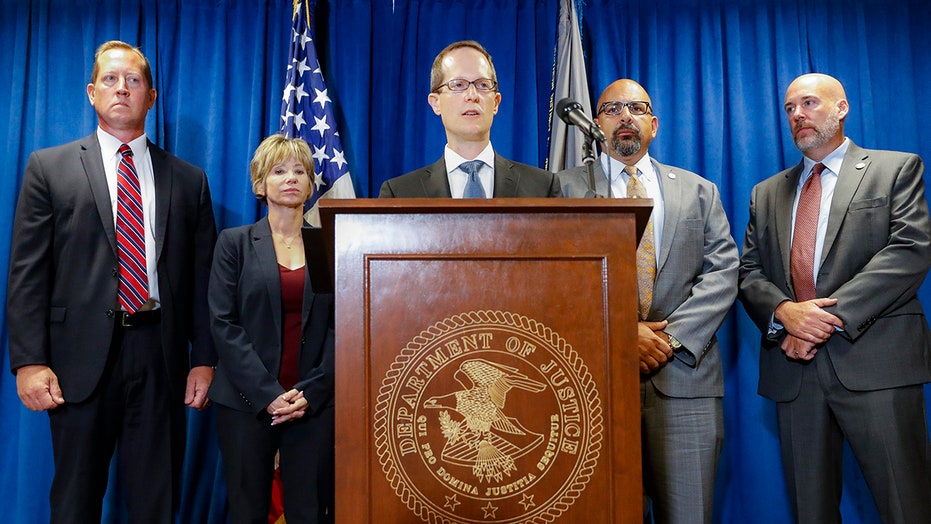 An Ohio pharmaceutical distributor has been accused in a criminal indictment of scheming to flood parts of rural Appalachia with millions of painkillers, contributing to the opioid epidemic.

Miami-Luken was charged with conspiring to provide hydrocodone and oxycodone pills to more than 200 pharmacies in Ohio, West Virginia, Indiana and Tennessee, the Cincinnati Enquirer reported Thursday.

"They and other co-conspirators are alleged to have knowingly entered into an agreement to distribute ... outside the scope of professional practice and not for a legitimate medical purpose," said Cincinnati U.S. Attorney Benjamin Glassman, who announced the indictment Thursday.

Westside pharmacist Devonna Miller-West, 49, was one of the four individuals charged in the indictment with conspiracy to distribute controlled substances.

The firm allegedly filled suspicious orders for opioids even after receiving a warning from the federal Drug Enforcement Administration, the station reported.

The Washington Post reported being unable to reach Rattini and the other three indicted individuals, or to identify their attornies.

Glassman said authorities mean to "hold accountable" anyone criminally involved at any point in drug distribution.

"If you are intentionally violating the law, you can and should and will face justice regardless of where you are," Glassman said. "Whether you are on the street corner or in a boardroom."