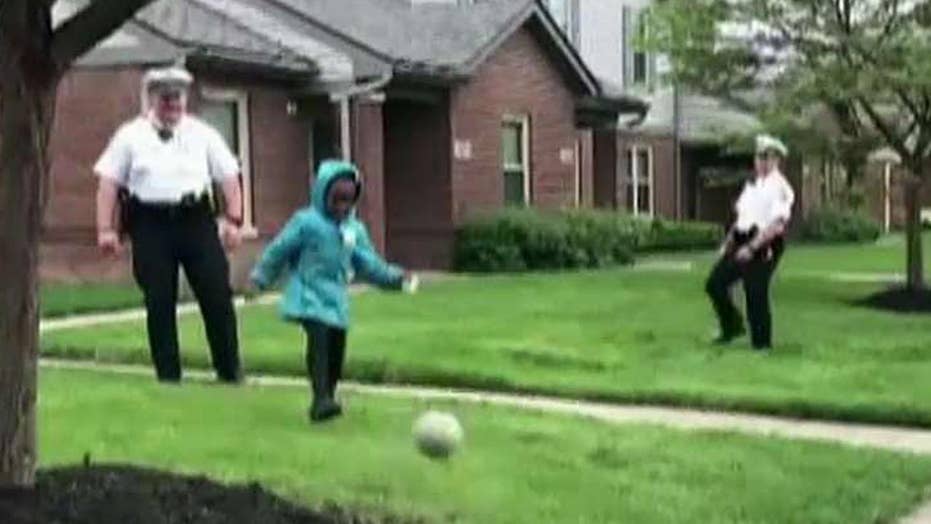 Columbus, Ohio police officers on the scene of a shooting took a short break to kick a soccer ball around with two children.

Newly released video shows the uniformed interacting with the children in the Linden neighborhood of Columbus.

In the end, the girls were able to kick the ball away from the officers in an indisputable victory.

Before the impromptu soccer game, the officers handed out stickers and showed the children their police-issued gear, reports 10TV.

It's not clear when the videos took place.