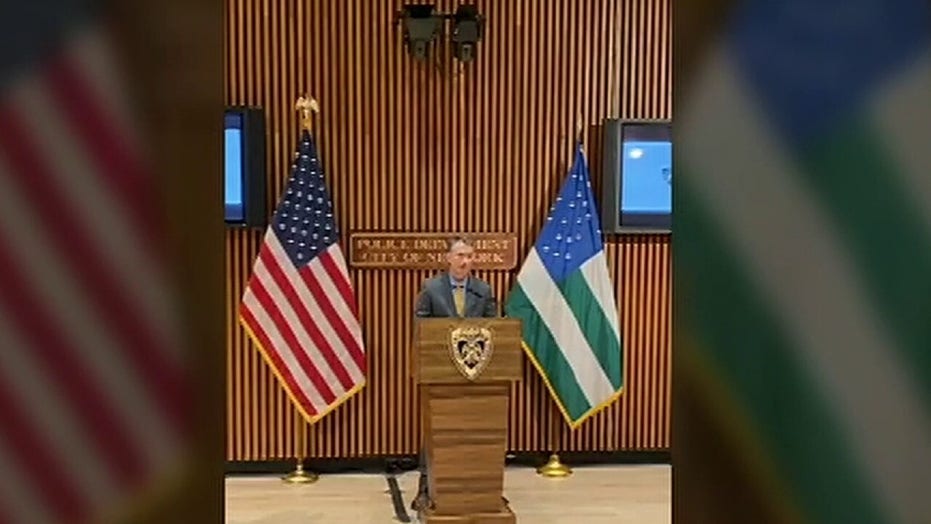 Investigations into the NYPD's use of excessive force will happen, Bryan Llenas reports.

The New York Police Department has announced it will conduct an internal review of a video that potentially shows one of its officers making a gesture that has been linked to "white power."

A clip of a uniformed police officer at a protest on Saturday seemingly making the "OK"-like gesture – which entails one making a circle with their thumb and index finger while three other fingers are outstretched – circulated across social media this week and has led to further investigation, according to NBC News.

New York Police Department officers stand in formation after arresting multiple protesters marching after curfew on Fifth Avenue, Thursday, June 4, 2020, in New York. Protests continued following the death of George Floyd, who died after being restrained by Minneapolis police officers on May 25.  (AP)

While an age-old gesticulation that once signaled an "OK "or right to go, the Anti-Defamation League, a Jewish civil rights organization, last year listed the salute as a "symbol of hate," pointing out how in recent times it has become a code for white supremacy.

The matter also garnered national attention following the Army vs. Navy game last year, in which officials launched an investigation into a hand sign displayed both by West Point cadets and Annapolis midshipmen during a broadcast of the annual football game in Philadelphia.

NYPD Deputy Police Chief McCarthy greets protesters as they take part in a solidarity march for George Floyd, Tuesday, June 2, 2020, in New York. Floyd, a black man died after being restrained by Minneapolis police officers on May 25. (AP)

In the end, it was determined that the cadets were playing a common game, popular among teenagers today, known as the "circle game," and the intent was not associated with ideologies or movements that are contrary to the Army values, a West Point spokesperson stated at the time.