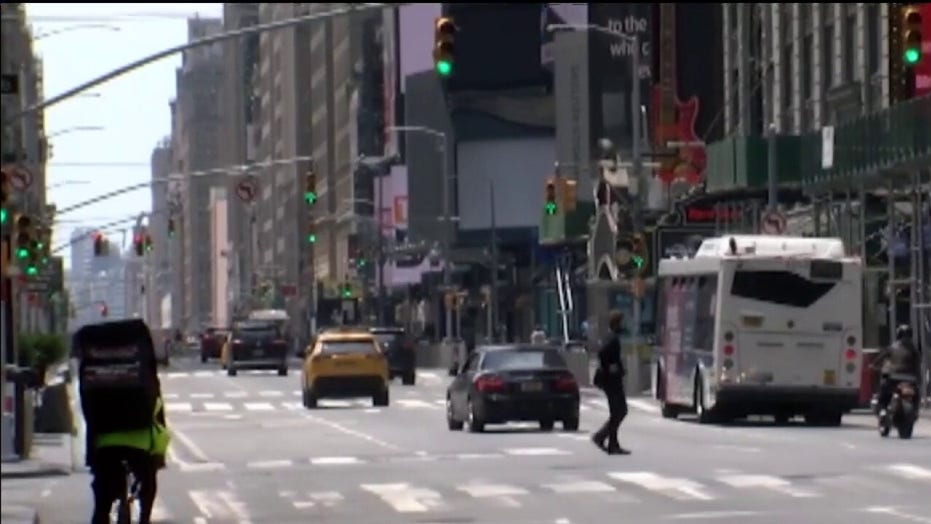 Five regions in New York have given businesses the green light to go back to work -- with conditions; David Lee Miller reports.

Shootings in the Big Apple almost quadrupled last week — with victims of the recent bloodshed accounting for nearly 12 percent of the total number of people shot so far this year, data shows.

In total, 37 people were hit by gunfire in 31 separate shootings between May 11 and Sunday, compared to 10 victims of eight shootings over the same time last year, according to NYPD data released Monday.

The uptick in gun violence has trended up over the last few weeks — but last week was among the bloodiest seven-day period this year.

Five of those reports of gunfire occurred in less than two hours early Saturday morning —  sending six people to the hospital and 22-year-old Michael Navarette to the morgue, police said.

Navarette was shot in the head outside 108-02 Guy Brewer Boulevard in Jamaica, Queens just before 1 a.m. Saturday and died at Jamaica Hospital a day later, according to cops.

At least two more people were shot late Sunday evening in a pair of separate incidents of gunfire in Queens and in The Bronx —just minutes apart.