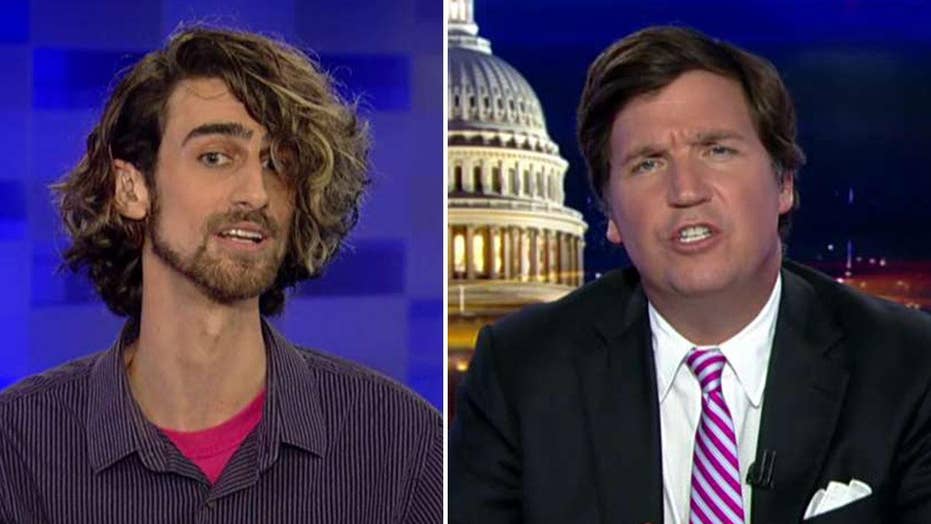 Outraged New York police union leaders are calling for the firing of a John Jay College professor and avowed Antifa leader after he tweeted that it "is a privilege to teach future dead cops.”

Michael Issacson, an adjunct-professor at the John Jay College of Criminal Justice, and known Antifa leader, tweeted Aug. 23, “Some of y’all might think it sucks being an anti-fascist teacher at John Jay College but I think it’s a privilege to teach future dead cops.”

Since then, officials from NYPD unions have expressed their abhorrence to the comments.

“Michael Issacson harbors total disdain for the active and future police officers that he teachers at John Jay College,” Patrick Lynch, president of the Patrolmen’s Benevolent Association said in a press release on Friday. “Recent media reports have revealed Mr. Issacson’s disgusting anti-police attitudes and his gleeful embrace of political violence, including violence against police officers, as expressed in his own social media postings.”

Detectives’ Endowment Association Michael Palladino said, “I don’t know the professor but based on his tweet he strikes me as a man of ignorance and arrogance with hate in his heart,” the New York Daily News reported.

And Roy Richter, president of the NYPD Captains Endowment Association said, “This message is an abdication of the professor’s responsibility as a civilized human being and disgusting coming from a representative of the teaching profession,” according to reports.

The New York Daily News reached out to Issacson Friday after the massive response, in which he defended but seemed unfazed by the outcry.

“I was talking about police as an agent of control that is actually in less control of the public than it’s supposed to be,” he said. “I don’t have a problem with individual police officers – I mean, I teach them – but I don’t like policing as an institution. Police officers are agents of that institution.”

The John Jay College of Criminal Justice is part of the City University of New York school system and is widely known in the area for its high level of students who later become police officers.

A statement on the matter was released Friday by John Jay College's president, Karol V. Mason.

"I want to state clearly that I was shocked by these statements. They are abhorrent. This adjunct expressed personal views that are not consistent with our college's well known and firm values and principles," Mason said. "I am appalled that anyone associated with John Jay, with our proud history of supporting law enforcement authorities, would suggest that violence against police is ever acceptable."

"I join with the many students, faculty, alumni and other members of our community in condemning these statements," he said.

Additionally, the chancellor of the City University of New York, James Milliken released a statement, declaring Issacson's comments as "abhorrent, violating not only our values supporting respectful discourse at this university, but also personal standards of decency."

"We will always stand up for freedom of speech and the open exchange of sometimes conflicting or offensive ideas, but we will also condemn statements we deem hateful, discriminatory and harmful to our community," Milliken said.