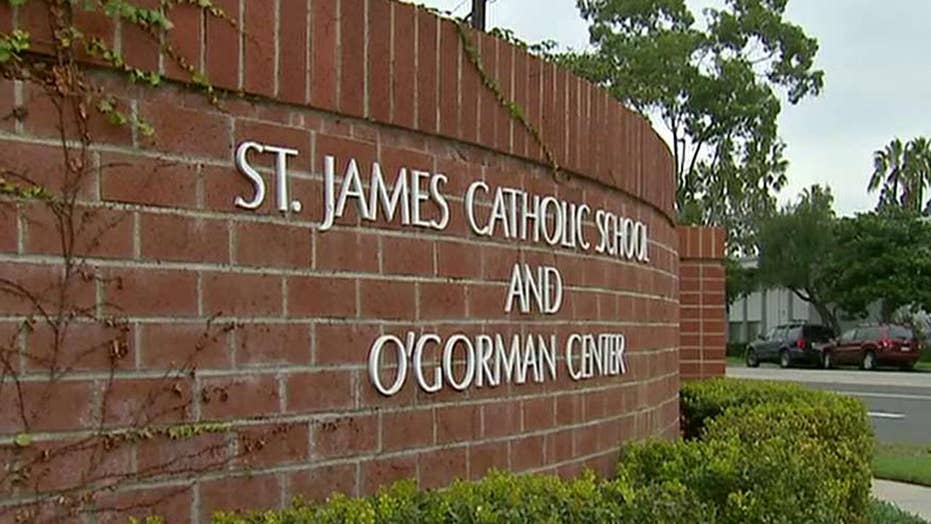 Nuns accused of stealing $500,000 for gambling and vacations

Two nuns in Southern California are reportedly asking for 'forgiveness and prayers' after admitting they stole half a million dollars from a Catholic school for gambling and vacations; Trace Gallagher reports from Los Angeles.

Two nuns from a Southern California parish stole “substantial” amounts of school funds for personal use over a period of years, according to an internal investigation.

The Rev. Michael Meyers, pastor of St. James Catholic Church in Redondo Beach, sent a letter on Wednesday to families of St. James School where the nuns worked, the Los Angeles Times reported.

Meyers said the Sisters of St. Joseph of Carondelet, the nuns’ order, was cooperating with the parish and the Archdiocese of Los Angeles to determine how much the sisters owe, the report said.

It wasn't immediately clear when the thefts occurred or how much money was stolen, the Daily Breeze of Torrance reported.

The sisters’ order is reportedly weighing disciplinary measures against the two nuns per the order’s policies. Meyers said the archdiocese is handling the matter internally and did not get local authorities involved. Fox News is withholding the nuns' names because they have not been charged with a crime.

Meyers insisted the school has implemented policies to deal with its finances. He said the quality of the education will not be diminished in the wake of the revelations.

“I want to assure you that the investigation has disclosed that, notwithstanding this misappropriation, not a student or program at St. James has suffered any loss of educational resources, opportunities, or innovations,” Meyers wrote in his letter. “In sum, the education of your children has not and will not be affected by these events.”

Both sisters are deeply remorseful and have asked for forgiveness, according to the Times.

“They and their Order pray that you have not lost trust or faith in the educators and administrators of the school,” Meyers wrote.

The archdiocese is continuing its investigation. No other parties are believed to have been involved, according to the Daily Breeze.

Redondo Beach is about a 30-minute drive south of Los Angeles.