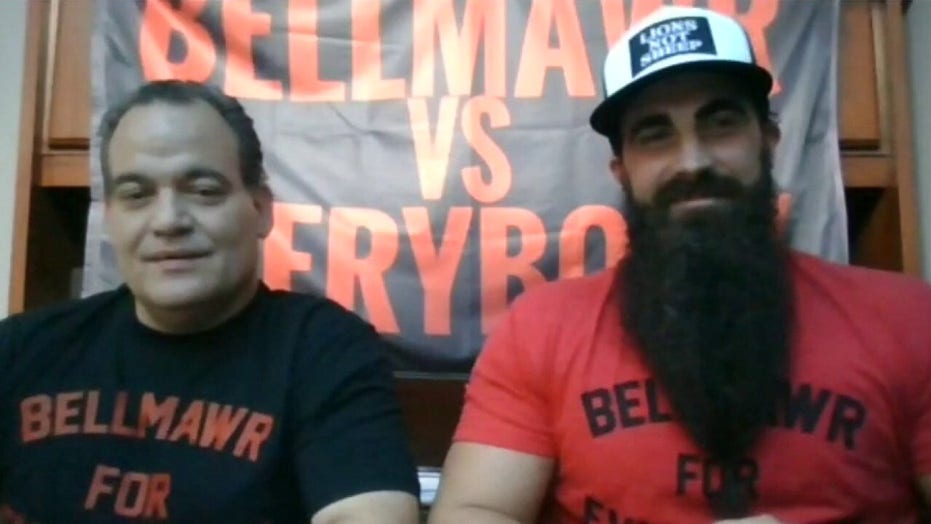 New Jersey gym owners: Shutdown is a violation of our constitutional rights

A New Jersey gym had its license rescinded during a town vote on Tuesday, ending a long-running saga that saw its owners repeatedly defy a state order to remain closed during the coronavirus pandemic, according to multiple reports.

The Bellmawr council in Camden County voted 5 to 1 to rescind the mercantile license of Atilis Gym following an hourlong hearing that featured arguments from lawyers on both sides, according to NJ.com. The decision came amid a monthslong standoff between the gym's owners and Gov. Phil Murphy over the importance of limiting the spread of the virus or the livelihood of local businesses.

"In a clear political move, the all democrat town council followed their orders from Gov. Murphy to revoke our business license," said Ian Smith, one of the gym's owners on Instagram following the hearing. "Zero evidence was put forth to support the claim that @atilisgymbellmawr poses any threat to the public."

NEW JERSEY GYM OWNERS SQUARING OFF WITH GOV. MURPHY KICK DOWN THE BARRICADES AT ENTRANCE

Smith, 33, vowed in May to reopen the gym with social distancing measures in place, which drew a crowd of supporters who gathered outside the facility to protest Murphy's stay-at-home mandates -- issued when New Jersey was one of the hardest-hit areas during the pandemic.

He told "Tucker Carlson Tonight" last month that he had been served "citation after citation ... " and was shut down by the local health department. Smith added that he and co-owner Frank Trumbetti, 51, had been arrested July 27 after they were held in contempt of court upon refusing to leave the gym.

After they were apparently released, Smith posted a video that Saturday of the two removing a plywood barricade so they could gain access to the gym which had been boarded up by the health department.

The video included a caption that contained a defiant message for the governor amid the monthslong standoff between the two parties.

"You will not trample one [sic] our rights and you will not destroy our lives. We will not back down. Ever," he said. "Please share this to show what lengths we have to go to just to make a living for our families."

The gym owners' story became a symbol of American business owners' frustration with authorities blocking their livelihoods during the pandemic. The state insisted that their conduct was impacting the health of residents and further action was needed.

A police officer issues Atilis Gym co-owners Ian Smith, left, and Frank Trumbetti, center, summons outside their gym in Bellmawr, N.J., Tuesday, May 19, 2020. After repeatedly defying the governor's order to remain closed during the COVID-19 pandemic Smith and Trumbetti had been arrested on contempt charges. (AP Photo/Matt Rourke, File)

“Atilis Gym’s brazen conduct is abhorrent to an organized judicial system, jeopardizes the public health and the safety of New Jerseyans, and must not be tolerated,” the state Attorney General’s office had said, according to the paper. “It is clear that additional sanctions and relief are necessary to coerce Atilis Gym’s compliance with the court’s order.”

On Tuesday, Howard Long, the borough’s attorney, presented information about the nine pairs of citations against the owners and asked the council what they could do.

“If you believe this business is unsafe to your residents of Bellmawr and you believe that laws have been violated,” Long said, according to NJ.com. “You have the right...to revoke this license”

Smith’s attorney, John McCann, described some of the information provided at the hearing as “something out of George Orwell.”

The borough council eventually voted to revoke the license following the numerous citations and the owners' arrest for defying a state executive order to keep their gym closed as part of the coronavirus pandemic response, the paper reported.