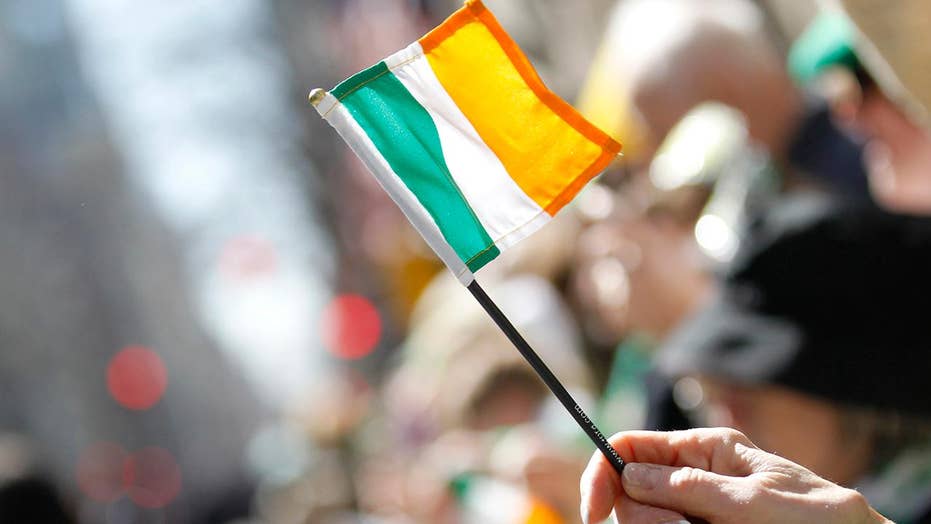 Does "Irish need not apply" still apply at Newsweek?

The magazine is under fire after publishing an opinion piece this week titled "Why are all the conservative loudmouths Irish-American?"

The article, written by Van Gosse, a history professor at Franklin & Marshall College in Lancaster, Penn., was published Monday and seeks to explain how “putative Irishmen” such as former presidential candidate Pat Buchanan and ex-White House Chief Strategist Steve Bannon “are now the face of the hard Right.”

"Perhaps Newsweek should learn the history of people like my Grandparents who came to this country with no money, faced discrimination and poverty all in the hopes that their children and grandchildren could have a better life.

Fox News' Sean Hannity is mentioned by Van Gosse as an example of an Irish-American "conservative loudmouth."

"Newsweek is a disgrace, and to publish such hatred and bigotry in this day and age is beyond the pale," Hannity added. "Likely the reason Newsweek is a failing publication."

Gosse, who says he is a quarter Irish-American on his father's side, asked in the article, "Why has the ascent of a bunch of people who in an earlier period might have been called Micks drawn no notice at all?"

He said the rise of the likes of Buchanan and Bannon, as well as  Hannity, are not accidental. Gosse links it to former U.S. Senator Joseph McCarthy, who in the 1950s fueled fears of widespread Communism.

Van Gosse is a professor at Franklin and Marshall College.

Gosse wrote, that by the 1960s, Irish Catholics, once in the periphery of American society, had “finally made it and become fully ‘white.’”

“Having fought their way to full inclusion, many were intent on pulling up the drawbridge,” he wrote.

“Jump forward to the present…Irish America has lost virtually all its distinctive qualities, becoming just one more version of whiteness colored by ethnicity,” Gosse wrote, adding someone saying they are “Irish Catholic” is like saying they are “Midwestern.”

“The only thing “Irish” about them is a talent for invective, which makes for a compelling style, a mix of pugnacity and certainty,” Gosse continued. “They are smart, articulate, and not at all embarrassed, especially when their opinions are vicious.”

Readers were quick to point out the bias in Gosse’s words, some calling the piece “racist” and demanding Newsweek apologize to Irish-Americans.

“Some major bigotry going on here. What was newsweek thinking publishing racist diatribe?!?” one reader commented.

Another wrote: “This reads like an old fashioned Wasp wishing the Irish knew their place.”

“I'm second generation Irish American on my father's side," another critic commented. "I'm not usually bothered by Irish stereotypes. But this article is so dripping with ignorance it's jaw dropping and utterly offensive. Replace the word 'Irish' with any other ethnicity and it would never have gone to print and/or the author would've been fired. I'm stunned that a person of such ignorance is allowed to teach.”

Gosse and Newsweek did not immediately respond to Fox News’ requests for comment.

The article first appeared in the History News Network.