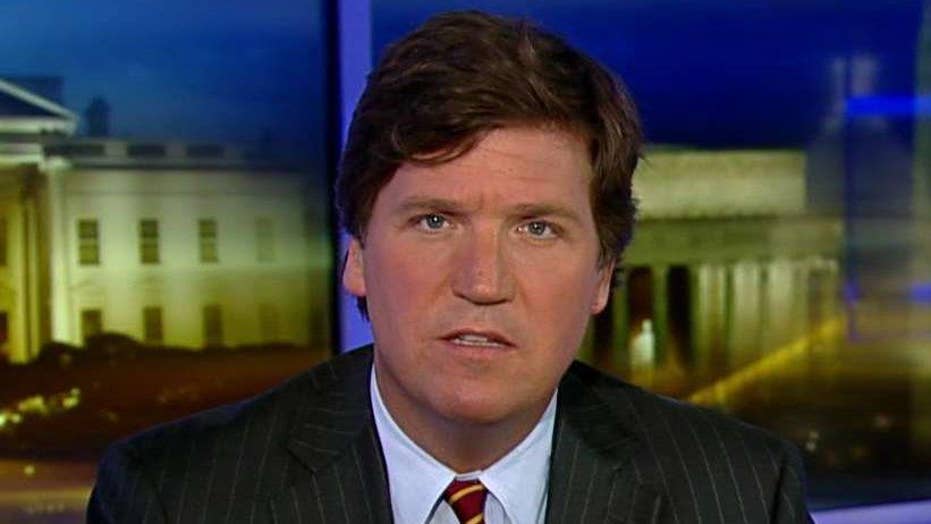 Tucker: What else will NY Times consider culturally-loaded?

Tucker Carlson calls out the New York Times for refusing use the term 'female genital mutilation' and call it the crime that it is. Will beheadings ultimately be referred to as traditional 'head cuttings'? #Tucker

A top New York Times editor decided the paper shouldn’t use the term “female genital mutilation” because the phrase is too “culturally loaded” and widens a divide between the Western world and “people who follow the rite.”

Health and Science editor Celia Dugger said she came to the conclusion to refer to the act of removing the female genitalia of young girls as “genital cutting” during a trip to Africa in the 1990s. She spoke about her decision in a Times mailbag article in response to a reader’s question.

“I never minced words in describing exactly what form of cutting was involved, and there are many gradations of severity, and the terrible damage it did, and stayed away from the euphemistic circumcision, but chose to use the less culturally loaded term, genital cutting,” Dugger wrote. “There’s a gulf between the Western (and some African) advocates who campaign against the practice and the people who follow the rite, and I felt the language used widened that chasm.”

The term “female genital mutilation” has actually been used by the Times in six articles in 2017, according to a website search; however, the instances are extremely restricted. For instance, two of the mentions occur in the context of a quoted speech or statement, two were in opinion columns, one in a book review and one in the mailbag explanation of why the Times didn’t use the term. The abbreviation “FGM” appeared this year only in stories taken from wire services such as The Associated Press and Reuters.

The Daily Caller was one of the first organizations to draw attention to the Times’ practice; however, groups as ideologically opposite as the United Nations Population Fund have also written about the potential danger in referring to genital mutilation as “cutting.”

“UNFPA embraces a human rights perspective on the issue, and the term ‘female genital mutilation’ more accurately describes the practice from a human rights viewpoint,” a question-and-answer section of the UNFPA website says.

UNFPA estimates some 200 million women worldwide have been subjected to FGM, and though the procedure is typically practiced in African or Middle Eastern cultures, it’s spreading westward. Nearly 6,000 reported cases occurred in Britain from April 2015 to March 2016, according to the Health and Social Care Information Center, and, in the U.S., an Islamic doctor in Michigan was charged earlier this month with performing the procedure on a pair of 7-year-old girls.

The New York Times said the doctor had been “accused of performing genital cutting” in its version of the story.