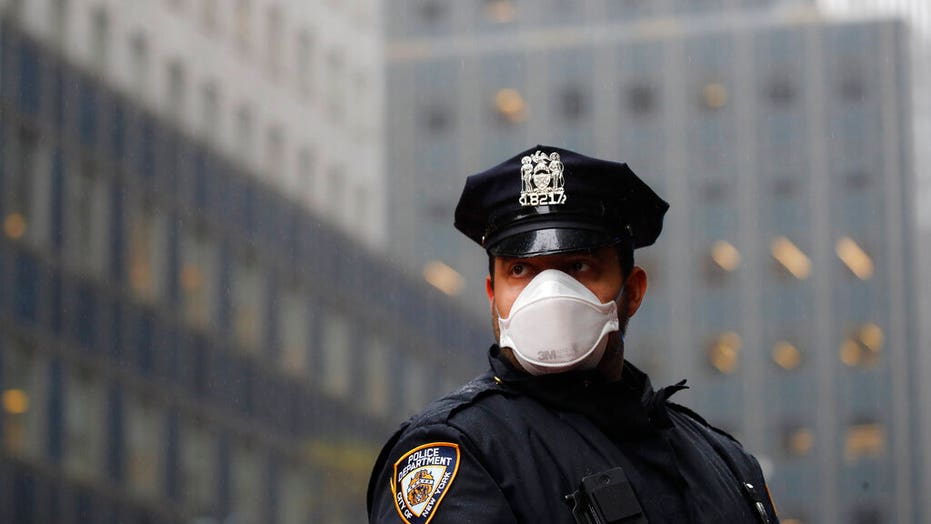 Shootings in the city soared 188 percent this week -- from eight to 23 -- compared to the same period last year, while murders doubled from four to eight, police sources told The Post.

The gunplay involved 29 victims. Five shootings erupted within two hours of each other Saturday, the sources said. Overnight, seven people were shot.

Warm weather and fewer people in isolation might be behind the rising body count, experts say.

“More people are out on the streets, patience is waning in stay at home orders and look at all of the convicts that are back on the street,” said Joseph Giacalone, a former NYPD detective sergeant who teaches at John Jay College of Criminal Justice. “No jobs, no school, and no playgrounds are a recipe for disaster.”

On Saturday at 12:50 a.m. at 108-02 Guy Brewer Boulevard in Jamaica, Queens, Michael Navarette, 22, was shot once in the head and Zachary Andrews, 28, was hit once in his left leg by an unknown gunman. Both men were taken to Jamaica Hospital. Navarette was in critical condition and Andrews was stable, police sources said.

Around the same time in East Flatbush, at 2401 Newkirk Avenue, Jasiah Joseph, 22, was shot once in the left leg by two men who fled the scene in a silver Mercedes-Benz and a black Dodge Challenger. The shooting victim was taken by EMS to Kings County Hospital.

At 1:09 a.m., at 80 East 110th Street, Ashley Santiago, 27, was shot once in her left leg and Sean Sanchez, 29, was hit once in his right arm by an unknown assailant, who ran off. Both victims were taken by EMS  to Saint Luke’s Hospital.

Shortly before 2:30 a.m. in East New York, at 2211 Pitkin Ave., Tyrone Dicks, 23, was fighting for his life after being shot once in the abdomen. He was taken to Brookdale Hospital. The gunman ran off.

About five minutes later, at 112-53 Dillon Street, Kobe Ruffin, 17, was shot once in the chest by an unknown assailant in Jamaica. He was taken to Jamaica Hospital.