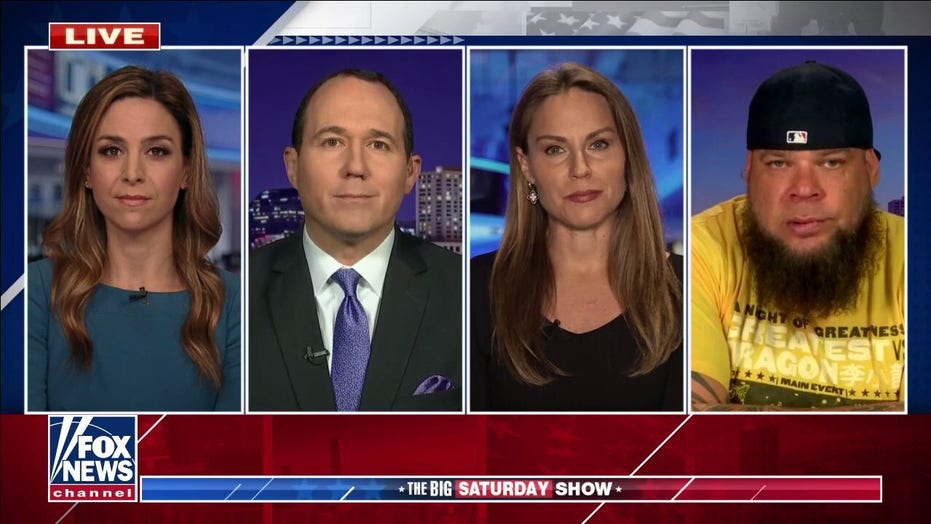 DAs failing to prosecute crimes are at the heart of the problem: Panel

'The Big Saturday Show' panelists discuss the crime crisis in big cities across the country and the radical DAs behind the surge.

"A lot of these policies were designed explicitly around the idea that Blacks are so disproportionately represented in the people who are arrested and the people who are prosecuted and convicted and incarcerated — and trying to design criminal justice policy to back-engineer that number to be more on par with the racial demographics of everybody of society," Hannah E. Meyers, director of the policing and public safety initiative at the Manhattan Institute, told Fox News Digital in a phone interview Monday. "That in itself has created a bigger problem."

Meyers and Jim Quinn, a former executive district attorney in the Queens district attorney’s office, recently published an essay in the New York Times arguing that by "aiming for racial equity in criminal justice rather than focusing solely on deterring and responding to crime, policymakers seem to have neglected the foundational purpose of law and order."

AHEAD OF BIDEN VISIT, NYC CRIME UP 38% IN MOST RECENT 28 DAYS, WITH UPTICKS IN SHOOTINGS, SUBWAY CRIMES

"What has followed — a sharp rise in victims of crime, who remain disproportionately Black, and a slight increase in the percentage of Rikers Island inmates who are Black — is a racial imbalance of a more troubling kind," the authors wrote in the article.

In New York, policing and incarceration policies have been at the forefront of debate and such policies took effect as Black Lives Matter protests and the defund the police movement hit a fever pitch in 2020.

"I think you could talk to any prosecutor, especially any line prosecutor or anyone that's recently left a DAs office in a more senior role, and they will tell you … that discovery reform is having an enormous impact on crime," Meyers told Fox News Digital in a phone interview Monday.

The reforms were put in place as former Mayor Bill de Blasio moved to defund the police, which brought with it the end of the NYPD’s plainclothes unit and reassigning officers.

Meyers and Quinn wrote that such reforms are "harming Black New Yorkers" and they pointed to increasing crime levels in largely Black neighborhoods of NYC.

"In the police precinct that covers most of the Brownsville neighborhood as well as adjacent Ocean Hill, where around three-quarters of the residents are Black, shootings at the end of last year were up 144 percent, and murders were up 91 percent from two years earlier," they wrote.

Meyers said that "clearly there are issues we should be talking about, about why there's so much more criminality" in minority communities, but "you have to look upstream."

"You can't fix them necessarily by changing who you arrest or who you incarcerate. That's a colorblind system. That's not where you can insert the … do-gooder fixing of it," Meyers told Fox News Digital.