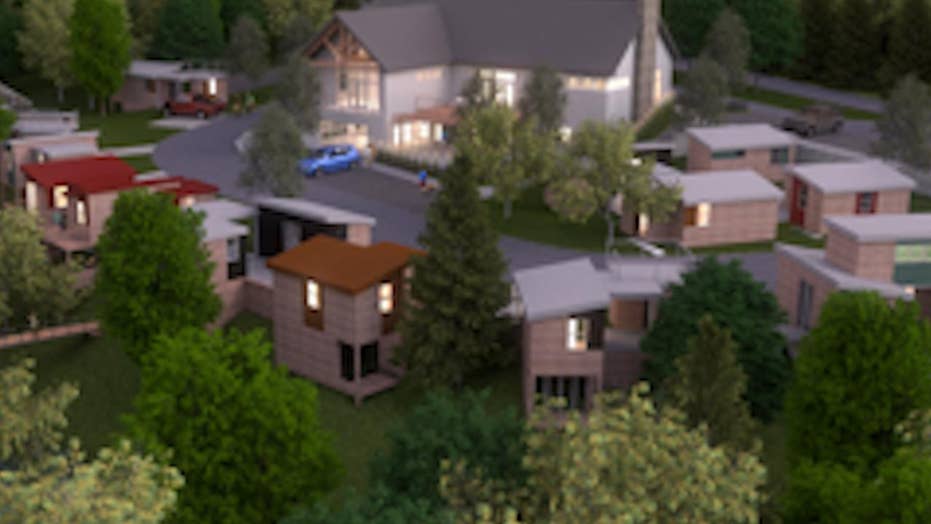 A Pittsburgh veteran’s organization is building a community of tiny homes for veterans who struggle with homelessness.

Veterans Place Director Marlon Ferguson told Fox News his organization will turn nearly four acres of land into a livable community for veterans who are looking for permanent housing.

The National Coalition for Homeless Veterans says veterans make up 11% of the homeless population in the United States. Nearly 40,000 veterans are homeless on any given night according to the U.S. Department of Housing and Urban Development's 2016 data.

Ferguson says veterans deserve better. “How is it you live in the best country this world has ever produced, and you serve your country, and you come back and you can’t quite make it?” he asked.

Ferguson, a former petty officer in the Navy, looks to help those who served the country transition back to their communities.

“This is one solution for permanent housing for our veterans,” he said of the tiny homes project, which will have up to 17 tiny homes with a community center. The project will use energy efficient technology, Ferguson added.

Ferguson plans to build a sense of belonging with community-style living. The community center, located in the middle of the community, will host workshops and other events tailored for veterans in their transition from serving.

The organization is now looking for donors to fund the purchase of the houses for the veterans. The monthly rent will be nearly half of the average rent in that Pittsburgh community, Ferguson said.

Ferguson said the initiative is just one of several ways he hopes to help lower the number of homeless veterans. “It’s sending a message to our veterans that you are not forgotten, that your service does matter,” he added.