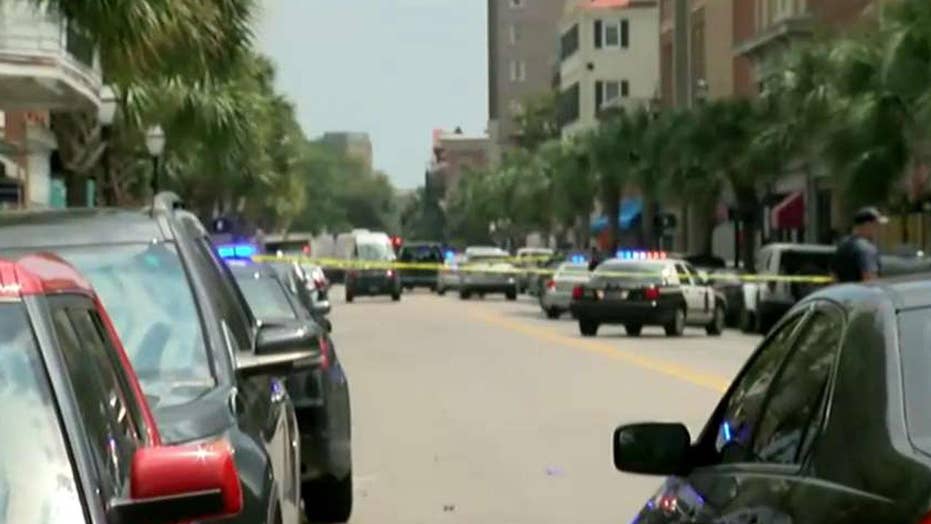 A “disgruntled” former restaurant employee who fatally shot a chef and held one person hostage Thursday in Charleston, S.C., told his victims “there’s a new boss in town” as he began his murderous outburst.

The gunman, a former dishwasher at the Virginia's On King restaurant, was in critical condition in a hospital, where he was brought after being shot by police, authorities said. He was not immediately identified.

One witness, Peter Siegert IV, who was with his family in the packed restaurant, described seeing waitresses and kitchen staff quickly fleeing through the front door.

Then another person, who turned out to be the gunman, came into the dining room and announced that he was the “new boss in town,” Siegert said.

"I don't think anybody realized he had a gun until after he locked the door," the witness said.

Siegert said the gunman did not point the weapon at any patrons, but told everyone to get on the floor. He then told people to “get out,” Siegert said.

The chef had been cooking for more than 17 years and was hired as Virginia’s top chef a year ago, according to an August 2016 news release promoting Whiddon and his “new menu that highlights 100 percent scratch-made ingredients."

The gunman then took one person hostage for roughly three hours – before police shot the suspect and critically wounded him.

Charleston Mayor John Tacklenberg said the shooting was “the act of a disgruntled employee” and the incident was not being treated as a hate crime or a terrorist attack in the same town where nine black church members were murdered by a white supremacist two years ago.

“This was a tragic case of a disturbed individual, I think, with a history of some mental health challenges,” the mayor added, noting that the hostage was freed without any injuries.

John Aquino, one of the restaurant’s owners, told WCSC-TV that the fired dishwasher came back to the restaurant to shoot the chef as an act of revenge.

Steven Knotts, who tends bar at another restaurant owned by the same company, said he devoted Thursday to spending time with other service industry workers and shared their grief and solidarty.

"It doesn't make me scared," he said about the shooting. "That could happen anywhere, anytime. You want to be more careful. But what are you going to do?"