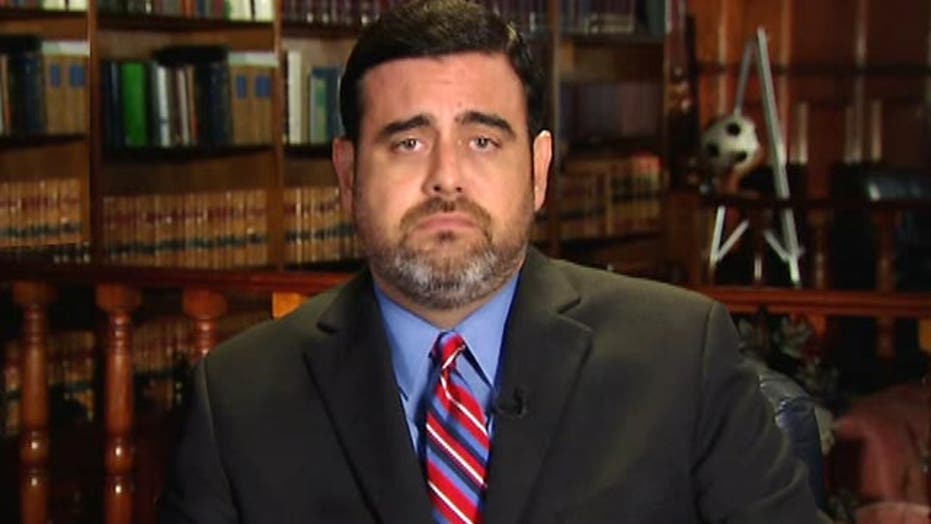 The new attorney for Sgt. Andrew Tahmooressi gives a glimpse on how he hopes to win the Marine's freedom. #MarineHeldinMexico

The new attorney for Sgt. Andrew Tahmooressi outlined his legal strategy to help free the Marine from a Mexican prison on “On the Record” Wednesday, saying his plan is more “aggressive” than his predecessors’.

Tahmooressi has been held in Mexico since accidentally crossing the border on March 31 with three guns in his truck. His new attorney, Fernando Benitez, said the team will endeavor to prove that Tahmooressi’s account of what happened that day is true.

In particular, Benitez said that his defense of Tahmooressi would focus on the 40 seconds before Tahmooressi arrived at the Mexican customs facility, having previously taken a wrong turn, and what happened in the customs facility leading up to his arrest.

“I think once the specifics of those facts come to light we will have a good shot at proving that there’s no malicious intent in his conduct,” he said.

Benitez said he did not want to comment on the previous legal strategy, but said he is going to be a “little bit more on the aggressive side.” He added that he did not know why Tahmooressi's previous attorney did not present evidence to prosecutors within a 48-hour so-called "administrative investigation" window in an attempt to get the case dismissed.

Benitez also noted that under Mexican law, people accused of firearms offenses are not allowed bail, and added that Tahmooressi was granted the right to counsel, consular assistance, and a translator upon his arrest.

“I try to exhaust every and any venue available to the defendant under my care,” he said.

Benitez was hired last week by Tahmooressi's mother, Jill. He told Fox News host Greta Van Susteren that he had first met his client on June 21 and that the meeting lasted "about one hour."

On Monday, Benitez told San Diego station KSWB that the case is far from being resolved and asked the serviceman's supporters for patience, saying "There's going to be an outcome. I hope it's an outcome everybody likes, but it's not going to be tomorrow."