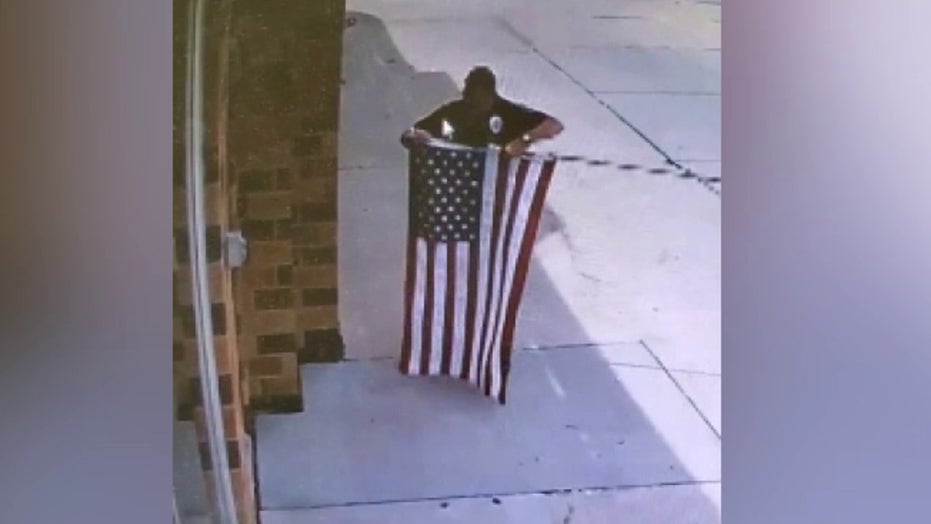 Security footage shows a police officer in Kearney, Nebraska, fixing an American flag that had fallen to the ground.

A Nebraska cop was caught on video attempting to rehang a fallen American flag outside of an auto repair shop on Sunday, according to a report.

A security camera from Kearney Tire & Auto Service videotaped the cop folding the flag and placing it against the building after he noticed the flag holder was damaged.

“We were out of town on Sunday and this kind officer stopped to rescue [Old Glory] and show the respect it deserves when our holder broke,” the shop wrote in a Facebook post, which has been viewed more than 16,400 times.

“We were called right away with the issue and we were so thankful. We are blessed by each officer and hold them in the highest regard for all they do to keep us safe. From the bottom of our hearts, Thank You!!” the post added.