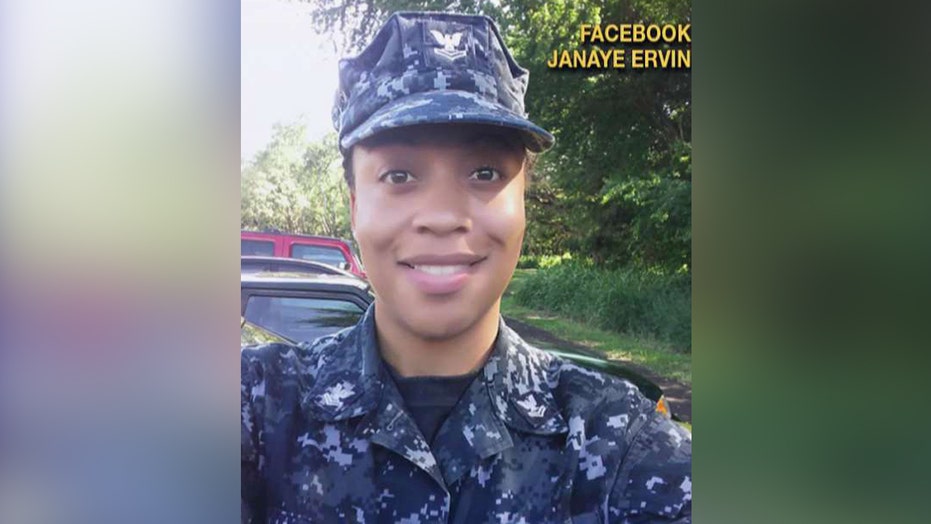 Protest second in weeks, Navy not commenting on incident

The U.S. Navy has launched an investigation into the case of a sailor who didn’t salute as the National Anthem played during a recent morning flag-raising at Pearl Harbor, an official said Tuesday.

U.S. Pacific Fleet spokesman Senior Chief Petty Officer Joel Cesar said it’s up to the sailor’s commander whether she faces any punishment for failing to salute the flag on Sept. 19.

The sailor under investigation is Petty Officer 2nd Class Janaye Ervin, an intelligence specialist in the Navy Reserve. She was recently in Hawaii for about two weeks for an exercise. She’s assigned to the Navy Operational Support Center at North Island, Calif.

Ervin had explained her actions in a since-deleted Facebook book.

"I feel like a hypocrite singing about the 'land of the free' when I know that only applies to some Americans," she wrote. "I will gladly stand again, when ALL AMERICANS are afforded the same freedom."

Ervin said she was threatened with jail time for her actions.

The sailor's failure to salute comes after San Francisco 49ers quarterback Colin Kaepernick received national attention when he refused to stand for the anthem before NFL preseason games earlier this year. He cited racial injustice and police brutality among the reasons for his actions.

Since then, other athletes all over the U.S. have engaged in their own protests during the anthem.

According to Military.com, Ervin’s protest comes two weeks after another sailor stationed in Pensacola, Fla. filmed herself for the morning ceremony. Officials with the Naval Education and Training Command told Military.com that the unidentified sailor was subject to administrative discipline.

The Navy's protocol handbook says sailors in uniform must salute during the anthem. They must also face the flag, or if a flag is not visible, sailors are required to face the direction of the music.

Troops who don’t stand for the National Anthem could face prosecution under the Navy’s Uniform Code of Military Justice for violating Article 92, which says that troops can be punished for failing to obey a lawful general order.