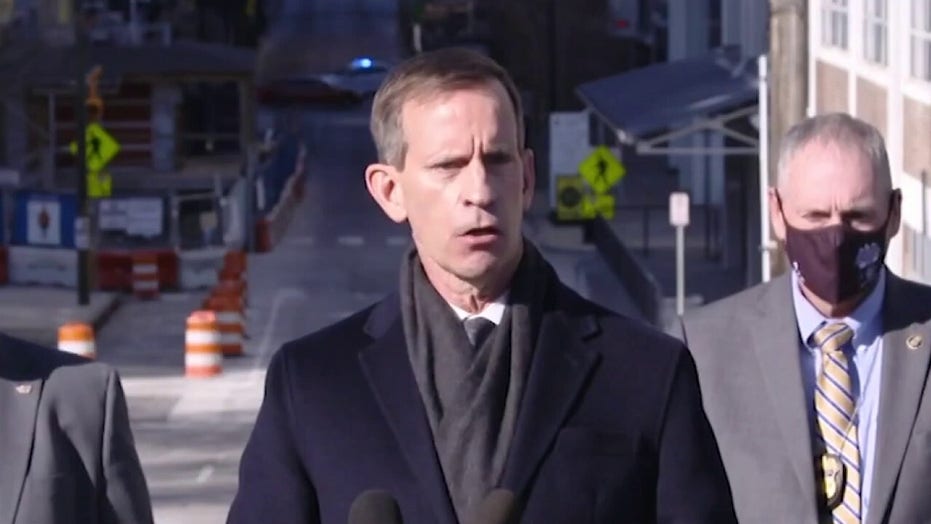 The FBI and ATF are leading the investigating in Nashville explosion; David Spunt reports

Authorities have identified a person of interest related to the Nashville bombing on Christmas and searched a home linked to that person, law enforcement officials said.

The home investigated by federal and local officers Saturday is in Antioch, about 10 miles southeast of the explosion, authorities told the Associated Press. A name of the person of interest was not released.

Officials have received more than 500 tips regarding the suspect in a Friday explosion downtown, U.S. Attorney Don Cochran announced Saturday.

Authorities are calling the bombing "an intentional act" and have found possible human remains in the area. The RV, parked on historic Second Avenue near Lower Broadway, exploded injuring three people including a police officer and causing destruction across several blocks

"We can’t confirm any individuals or anybody we’ve identified," FBI Agent Doug Korneski said during a Saturday press conference, adding that there is "no indication" the agency is "looking for another subject."

Korneski added that he is "fairly confident" officials "will be able to identify an individual or ascertain what has occurred," but it will take "some time." Officials are "not working on any assumptions."

The FBI's Memphis field office is investigating along with Nashville Police and the Bureau of Alcohol, Tobacco, Firearms and Explosives, and the city of Nashville activated its Emergency Operations Center.

FBI VOWS TO SOLVE NASHVILLE BLAST MYSTERY: ‘WE WILL FIND OUT WHO DID THIS’

The explosion, which occurred outside an AT&T transmission building, caused power outages in areas of Tennessee and eastern Kentucky and disrupted some 911 emergency service, AT&T confirmed Friday. The wireless company started deploying recovery efforts soon after.

Nashville Fire Department Chief William Swan said the department is working closely with AT&T to "ensure that we can get communication established...safely."

"It is a big operation with the building itself," Swan said. "We are at least trying to get the generator back in order so that the mobile phones will be back in operation, and then we're hoping that within the next day, or, if we're fortunate, it may take one or two days to get everything back online, but they are here to work with us, and we are...hopeful that we will get that back established."

Celebrities and organizations have already raised more than $300,000 for a reward to help find the suspect.

The Nashville Convention & Visitors Corp initially offered a $10,000 reward for anyone with information that could lead to the arrest of the perpetrator, which the organization later raised to $25,000, according to WKRN.

Others have also put money toward a reward for those with information, including FOX Sports host Clay Travis, who gave $10,000, Camping World CEO Marcus Lemonis, who donated $250,000, and owners of the Lewis Country Store, who added $20,000.

It is unclear whether the human remains near the site belong to a victim of the explosion or if they were of the person responsible. Forensic experts will examine the tissue, according to authorities.

"This appears to have been an intentional act,"  Metro police tweeted Friday. "Law enforcement is closing downtown streets as [the] investigation continues."

An audio warning was broadcast from the RV just before it blew up, Drake said at the news conference.

VEHICLE PLAYED RECORDING SAYING BOMB WOULD DETONATE, UNKNOWN IF SOMEONE INSIDE RV: POLICE

"If you can hear this message, evacuate now," the warning said.

Officers first responded to the area after receiving a report of shots fired, Drake said. They called in the bomb squad after seeing the suspicious vehicle, the RV, broadcasting the message, which some witnesses believe included the gunshot sounds.

Drake said officers found the RV as the message said the bomb inside would explode in 15 minutes.

As of late Friday, police did not know if anyone had been inside the vehicle at the time of the explosion.

Cooper issued a curfew from 4:30 pm Friday to 4:30 pm Sunday "within the area bounded by James Robertson Parkway, 4th Ave north, Broadway and the Cumberland River."