David DePape, the illegal immigrant from Canada accused of breaking into House Speaker Nancy Pelosi's multimillion-dollar San Francisco home last week and assaulting her husband with a hammer, pleaded not guilty in court at an arraignment on a slew of felony charges Tuesday.

They include attempted murder, residential burglary, assault with a deadly weapon, elder abuse, false imprisonment of an elder and threats to a public official and her family.

Appearing in person, the 42-year-old DePape was seen wearing a cast on his arm, orange jail jumpsuit and coronavirus face mask during his arraignment around 1:45 p.m. local time. Public defender Adam Lipson later said his client had sustained a dislocated shoulder.

A bail hearing was scheduled for Nov. 4 at 9 a.m. Until then, he is being held without bail. Prosecutors said the victim declined to make a statement to the court and has requested privacy.

David Depape is shown in Berkeley, Calif.,on Friday, Dec. 13, 2013. An intruder attacked and severely beat House Speaker Nancy Pelosi's husband with a hammer in the couple's San Francisco home early Friday, Oct. 28, 2022, while searching for the Democratic leader. Police were called to the home to check on Paul Pelosi when they discovered the 82-year-old and the suspect, DePape, both grabbing onto the hammer, said Police Chief William Scott. (Michael Short/San Francisco Chronicle via AP)

He looked older and larger Monday than he did in prior photos. The judge did not allow journalists to take photos, videos or audio recordings of the arraignment.

After the arraignment, Lipson, the defense attorney, wished Paul Pelosi a speedy recovery.

"Our office has just started representing Mr. DePape, and so what I can say at this point is limited," he said. "What I can say is that our office will carefully examine all the evidence that is presented to us, and will conduct further investigation. From experience, I can say that there’s always more to the story than what is initially reported."

He asked the public "not ot pass judgment" until more information is available.

"There has also been a lot of discussion in the media about Mr. DePape’s vulnerability to propaganda and extreme political views," he said. "Our office will certainly be looking into those issues, but I’m unable to comment further on that because it’s so early in the process." 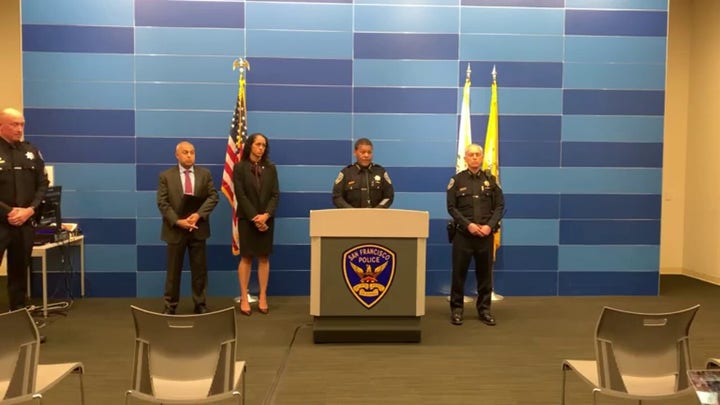 DePape also faces federal charges in connection with the home invasion attack, which sent Paul Pelosi, 82, to the hospital with a fractured skull. The suspect had also been hospitalized after the attack with unspecified injuries and was booked into the San Francisco County Jail early Tuesday.

The House Speaker's husband is expected to make a full recovery, according to her spokesman Drew Hammill.

District Attorney Brooke Jenkins said Monday that DePape broke through a rear glass door and snuck into a sleeping Paul Pelosi's bedroom in the middle of the night on Oct. 28. There was no security present at the time, she said.

Jenkins revealed during her news briefing that DePape arrived with at least two hammers and other kidnapping supplies, including zip ties. She said the attack appeared to have been politically motivated and that the Pelosi home was targeted. But she stopped short of characterizing the incident as "domestic terrorism."

The federal affidavit alleges that DePape told investigators his plan was to "kneecap" Speaker Pelosi if he caught her lying.

Police recovered zip ties in Pelosi’s bedroom, found glass broken at the rear of the house, tape, rope, gloves and a journal, according to the FBI affidavit.

David DePape, right, records the nude wedding of Gypsy Taub outside City Hall on Dec. 19, 2013, in San Francisco. DePape is accused of breaking into House Speaker Nancy Pelosi's California home and severely beating her husband with a hammer. DePape was known in Berkeley, Calif., as a pro-nudity activist who had picketed naked at protests against local ordinances requiring people to be clothed in public. (AP Photo/Eric Risberg)

Before Pelosi was taken to a hospital, where he underwent emergency surgery on a fractured skull, he told police from the ambulance that he had never seen DePape before and that the intruder showed up in his bedroom around 2:30 a.m. demanding to talk to "Nancy" – the House Speaker.

"Pelosi stated that his wife would not be home for several days, and then DePape reiterated that he would wait," according to the affidavit. Pelosi called 911 from a bathroom and San Francisco police officers arrived to find the homeowner and the suspect struggling over a hammer near the front door. They ordered the two to drop it, and DePape allegedly seized control and attacked Pelosi. Police arrested him on the spot.

CONGRESSIONAL LAWMAKERS AGHAST AFTER PELOSI'S HUSBAND ATTACKED DURING BREAK IN

DePape later allegedly admitted to breaking into the home, using the hammer to shatter a glass door and surprising Paul Pelosi in his bedroom.

An Immigrations and Customs Enforcement source told Fox News Monday that DePape is in the U.S. illegally after a "longtime" visa overstay.

However, DePape told San Francisco police that "much like the American founding fathers with the British, he was fighting against tyranny without the option of surrender," according to the affidavit.

Neighbors of DePape, who was living in a garage in Richmond, California, told reporters Monday that DePape often isolated himself from other people.

"He was an odd guy," Jin Molnar, one of DePape's neighbors, said.

When asked about DePape's politics, Molnar said he was influenced by conservative media in recent years, adding that he was "gravitating towards the new right talking points." 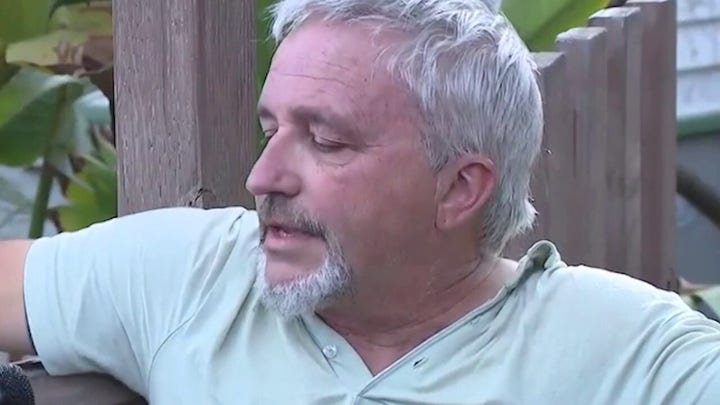 "She was the ringleader and she was extremely aggressive and creepy," Wiener told Fox News Digital Friday. "And I think he was one of the people in her work."

They weren't "regular" nudity activists either, he said. They were aggressive, and she embraced 9/11 denials and has a criminal past.

Taub, with whom DePape shares children and once lived, is currently serving time for stalking and attempted to kidnap a 14-year-old boy she had become "fixated on."

The FBI arrived at Taub’s address Friday afternoon and asked a young man there about DePape. He told them DePape hadn’t been there in years.

DePape faces 13 years to life in prison if convicted on the state charges and 50 years on the federal charges if found guilty there.