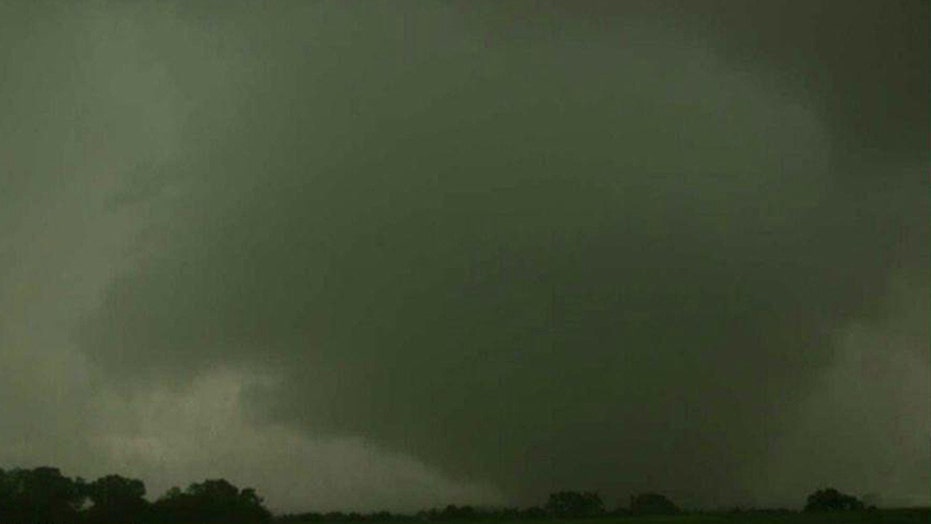 Storm chaser in Kansas tornado: 'This thing is a monster'

Tornadoes have been reported in north and central Kansas, and at least one house has been destroyed.

According to the Kansas City Star, a twister struck near Corning Tuesday evening in Nemaha County, while a large tornado also was reported in the areas of Culver and Bennington.

Other tornadoes were reported in Barton and Rush counties in central Kansas.