People in Texas told Fox News whether they agreed or disagreed with Biden's statement that "there are more important things going on" than the border crisis.

AUSTIN, Texas – People in the Lone Star State weighed in on President Biden saying there are "more important" issues than the border crisis, with most telling Fox News they agreed with the chief executive.

"There are probably more important things at hand to deal with," one woman said.

WATCH BELOW TO HEAR PEOPLE IN TEXAS SOUND OFF ON BIDEN'S BORDER SNUB: 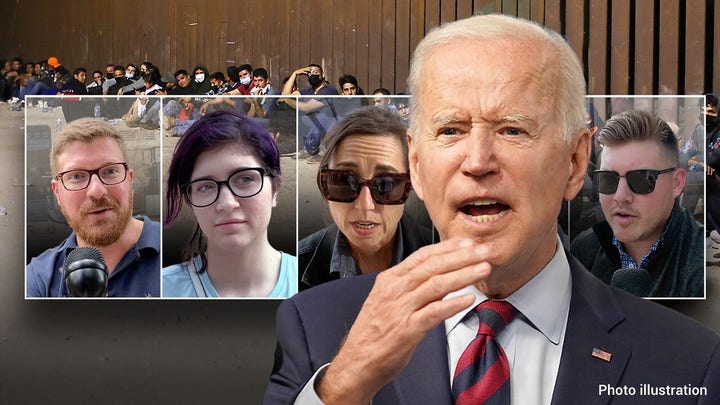 But one Texan felt otherwise.

"No, I don't agree whatsoever," he told Fox News. "I think it's one of the most, if not the most, important issues we have going on right now."

Biden said Tuesday "there are more important things going on" after Fox News White House correspondent Peter Doocy asked why the president wouldn't visit the southern border during a trip to Arizona that day.

In November, more than 73,000 illegal immigrants evaded apprehension, according to data Fox News reviewed and publicized days before Biden's remark. And the nearly 2.8 million illegal crossings in fiscal 2022 eclipsed the previous record by more than 1 million, according to Customs and Border Patrol.

Tom agreed with Biden that the border was not the top priority right now.

"I do think there's a lot of other things going on in D.C. and around the world that might take priority if you're going to list it as a priority sort of thing," the Los Angeles resident told Fox News.

A border patrol agent communicates with illegal immigrants after they entered the U.S. near Tijuana, Mexico, in November. (GUILLERMO ARIAS/AFP via Getty Images)

Multiple people said the war in Ukraine was more important than the border.

"I have to agree," one woman told Fox News. "There are other things that are going on in the world, like the war."