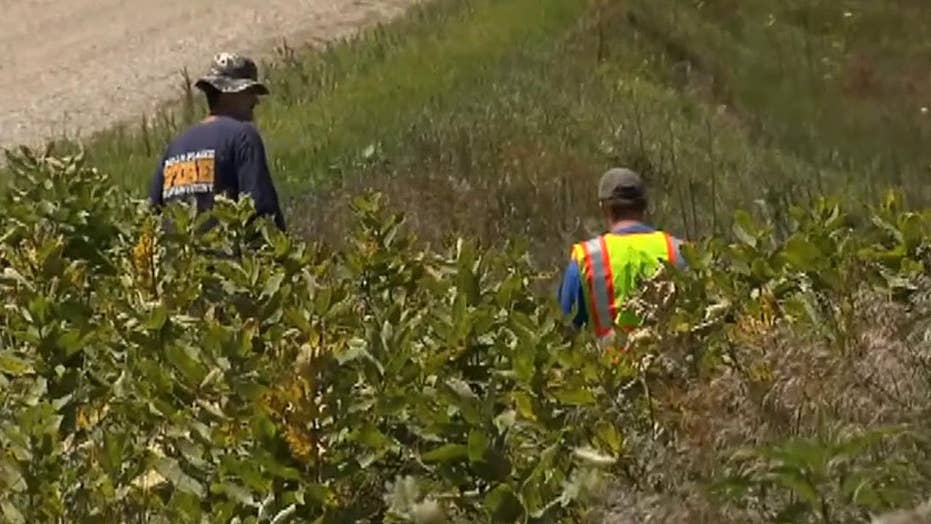 Raw video: Search teams comb through ditches near a pig farm in the search for missing Iowa student Mollie Tibbetts.

BROOKLYN, Iowa – Search teams on Thursday afternoon were combing through ditches near a pig farm that federal agents searched almost a week ago in the hunt for missing college student Mollie Tibbetts, after a possible clue to her disappearance -- a red shirt -- reportedly was found nearby.

A person mowing a lawn found the item of clothing near the Lincoln Wildfire Reserve, the reports said earlier Thursday. It was not immediately clear whose shirt it was. Tibbetts worked at a day care; another employee confirmed its workers wear red shirts.

Fox News has confirmed search teams were looking through ditches about a mile away from the reserve, near the same farm that FBI investigators were said to have searched for nearly two hours last week.

Tibbetts’ boyfriend, Dalton Jack, said he received a Snapchat message from her at 10:00 p.m.

A pig farmer said FBI investigators arrived at his home last Friday and asked to search it without a warrant. They were there for nearly two hours, taking photos of the interior of the home and also searching his garage. He said investigators then asked to interview him off the property and kept his cell phone overnight to check his records. The farmer has not been charged with a crime and said he “has nothing to hide.”

Tibbetts had been staying at her boyfriend’s house in Brooklyn watching his dogs while he worked at a construction site almost 100 miles away.