Minnesota Attorney General Keith Ellison sat down for his first interview since Derek Chauvin was convicted of all charges earlier this week, and said he feels the former Minneapolis police officer’s motive in Floyd’s death likely had to do with his own ego, according to a preview for the upcoming segment.

Ellison spoke with CBS "60 Minutes" for an interview that is set to air Sunday night and was asked why he felt Chauvin had handled himself the way he did while arrested George Floyd on May 25, 2020.

"That’s a question we spent a lot of time asking ourselves," Ellison told Scott Pelley in a preview clip released Thusday, "and all we could come up with is what we could divine from his body language and his demeanor. And we saw was that the crowd was demanding that he get up and that he was staring right back at them defiantly. ‘You don’t tell me what to do. I do what I want to do. You people have no control over me. I’m going to show you.’"

DEREK CHAUVIN TO SPEND MOST OF HIS TIME IN CELL, ONE HOUR A DAY OF EXERCISE, CORRECTIONS OFFICIALS SAY

Floyd, a 46-year-old Black man, died after Chauvin, who is White, held his knee against Floyd’s neck for approximately nine-and-a-half minutes – as he lie handcuffed and face-down on the pavement and despite his repeated shouts that he could not breathe.

Ellison told Pelley he believed Floyd was treated the way he was because he "was suffering from anxiety and claustrophobia." He said Floyd was "cooperating with the police in every way until they tried to make him take his 6-foot-4 body and jam it into that tight space in that car."

"And he kind of freaked out," Ellison said, referring to Floyd.

DEREK CHAUVIN’S PERSONAL HISTORY: ABOUT HIS EX-WIFE, STEPCHILDREN, PAST DISCIPLINE AND MORE

He rejected the idea that Floyd was resisting the officers’ attempts at arresting him and said instead that Floyd "wasn’t complying because he was having an emotional reaction to getting into that car." 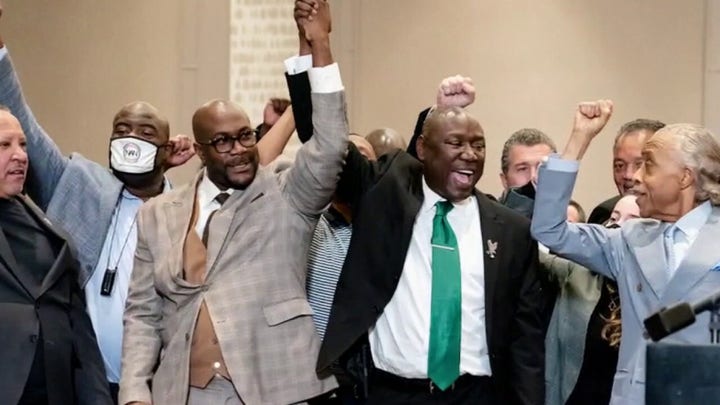 Ellison then returned to the question surrounding Chauvin’s motive, which prosecutors were not required to prove.

"What I saw is somebody who just put ego before policing, ego before the discharge of a public trust in duty," Ellison said.

On Tuesday, a jury found Chauvin, 45, guilty of second-degree unintentional murder, third-degree murder and second-degree manslaughter. He faces decades behind bars at his sentencing, which is scheduled for approximately eight weeks from today.

The jury was made up of seven women and five men. Six jurors were White, four were Black and two identified as multiracial.

It took them about 10 hours and 20 minutes to reach a decision.