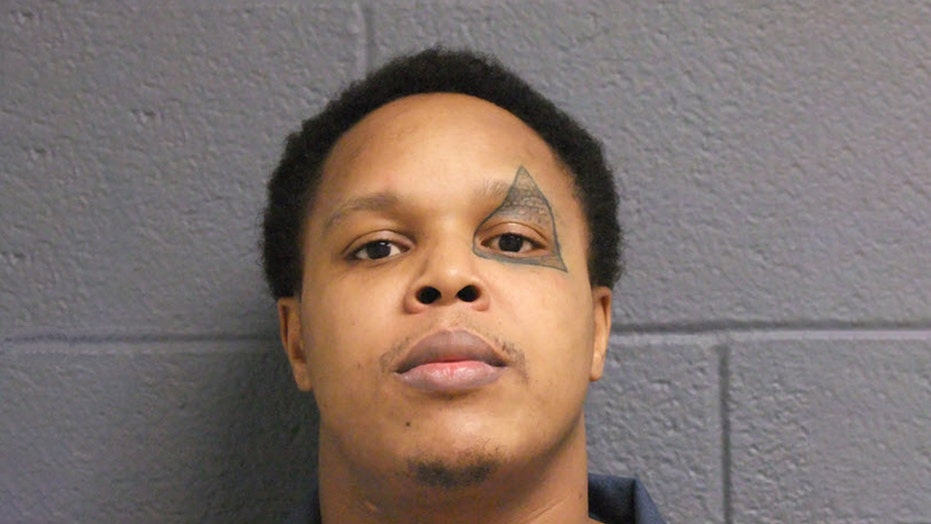 A Michigan man wielded an ax he calls 'his baby' to fend off a convicted criminal who tried to break into his apartment on Wednesday night.

Ben Ball, 36, used a replica battle-ax to chop through the intruder, 33-year-old Alex Lavell Rawls, who is facing a charge of first-degree home invasion.

Ball says the suspect dated his former roommate, but she moved away to distance herself from the convicted felon. Rawls showed up at the apartment at 11:30 p.m. thinking she was still there, according to Wood TV.

He repeatedly knocked on the door before kicking it in while Ball was sitting at home playing video games and watching the TV show, Rick and Morty. Ball says he believed Rawls was carrying a firearm, the outlet reported.

When the door opened, he decided to go medieval.

He struck Rawls at least once in the torso with the sharp blade before the two continued to fight in the apartment.

“There was a bloody mess everywhere,” Ball said.

The suspect fled after the violent affair - leaving a trail of blood which K-9 officers used to catch the suspect, the outlet reported.

Rawls spent the night in the hospital recovering from his wounds before he was transferred to the local jail, according to Kalamazoo County officials.

Ball says he sometimes participates in events - when he's not working at Applebees - where people use those types of weapons in real combat. He told the outlet he's glad to spend so much time practicing with the ax.

“I’ve got a double-headed carbon steel battle ax that was homemade by a gentleman who has since passed. That’s what I call my baby,” Ball said.

Rawls was being held in the Kalamazoo County Jail.

The home invasion charge could put him in prison for a maximum of 20 years. His criminal record includes assaulting and disarming a police officer as well as fleeing and eluding police, according to the Michigan Department of Corrections.