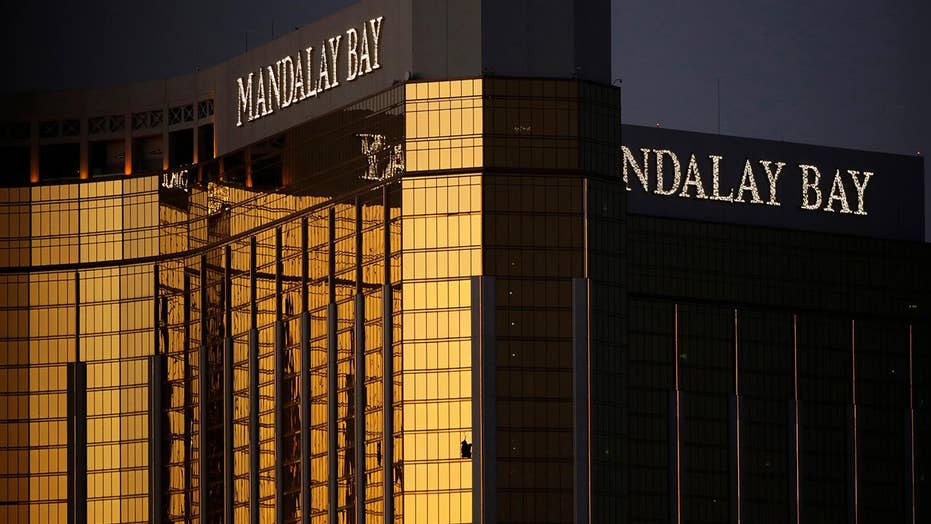 An attorney representing victims of the Las Vegas massacre says MGM’s sudden push to get lawsuits related to the attack dismissed in court is an attempt to shift blame away from itself – and the move is causing feelings of “confusion,” “anxiety” and “frustration” among survivors as the one-year anniversary of the mass shooting nears.

MGM Resorts International took an unusual step late last week in filing lawsuits against the more than 1,000 victims of the October 2017 attack, claiming that the corporation should not be held liable due to the little-known provisions of a law Congress passed in the wake of 9/11.

“This is MGM’s attempt to shift blame on the security company and the victims -- which has been quite frankly painful for our clients,” Michelle Simpson Tuegel told Fox News on Wednesday. “They have been victimized by this company.”

In the lawsuits, which only ask for claims against MGM-related parties to be dismissed, the casino giant says “plaintiffs have no liability of any kind to defendants.”

Stephen Paddock, the shooter, killed 58 and injured hundreds more before killing himself as authorities closed in.

"Security for the concert was provided by Contemporary Services Corporation [CSC], whose security services have been certified by the Secretary of Homeland Security for protecting against and responding to acts of mass injury and destruction,” reads one of the lawsuits, which was obtained by FOX5 Las Vegas.

“Congress has provided original and exclusive federal jurisdiction for any claims of injuries arising out of or relating to mass violence where services certified by the Department of Homeland Security were deployed,” it also says, referencing the SAFETY Act.

Passed in 2002, the SAFETY Act, according to Homeland Security, “provides incentives for the development and deployment of anti-terrorism technologies by creating systems of risk and litigation management.

“The purpose of the Act is to ensure that the threat of liability does not deter potential manufacturers or sellers of effective anti-terrorism technologies from developing and commercializing technologies that could save lives,” it adds on its website.

MGM is arguing it shouldn’t be held liable because of the certification CSC – the company MGM hired to provide security – obtained through Homeland Security.

"The SAFETY Act offers legal liability protections for companies who provide qualified anti-terrorism technologies," CSC says on its website. "Having recognized the value to their clients of becoming a SAFETY Act Holder as well as the necessity for service providers to be SAFETY Act holders, CSC began the process in 2009 of gaining this coveted credential, and has now become the first in the industry’s history to achieve this status."

But Tuegel says she is going to “aggressively fight” the lawsuits brought on by MGM.

“We are briefing and preparing to file responses and motions,” she told Fox News. “It was Mandalay Bay’s negligence that permitted Paddock the space he needed to set up his weapons and prepare his attack on the concert.”

Other attorneys have joined Tuegel in blasting MGM due to the lawsuits.

Robert Eglet told FOX5 Las Vegas its legal filings are the most “reprehensible” thing he has seen in his decades-long career.

And both he and Tuegal believe the SAFETY act was not meant to apply to large companies such as MGM.

"They have sued the families of victims while they're still grieving over their loved ones,” Eglet said in an interview. “I believe that MGM did this because they did not like the Nevada Federal Judge that is currently assigned to our case."

Brian Claypool – who says he was at the Route 91 Harvest music festival as the shooting unfolded – predicts the lawsuits will soon become a “public relations nightmare for MGM."

"We collectively view this as a bullying tactic to intimidate the survivors who are rightfully seeking social change and redress through the litigation process," Claypool said, according to the AP.

MGM, in a statement released late Tuesday, said “all we are doing, in effect, is asking for a change in venue from state to federal court."

Spokesperson Debra DeShong added: “We are not asking for money or attorney’s fees. We only want to resolve these cases quickly, fairly and efficiently.”